Chelsea are yet to officially launch their new away kit ahead of the 2015-16 season.

However, we have managed to get our hands on an Adidas poster which Chelsea plan to use when the strip is unveiled for real.

The poster, which you can check out below, features PFA Player of the Year Eden Hazard and 2014-15 Blues leading scorer Diego Costa, as well as Nemanja Matic, Gary Cahill and goalkeeper Thibaut Courtois.

The first Premier League game in which Chelsea will wear their new white strip is likely to be their trip to West Ham United in October. 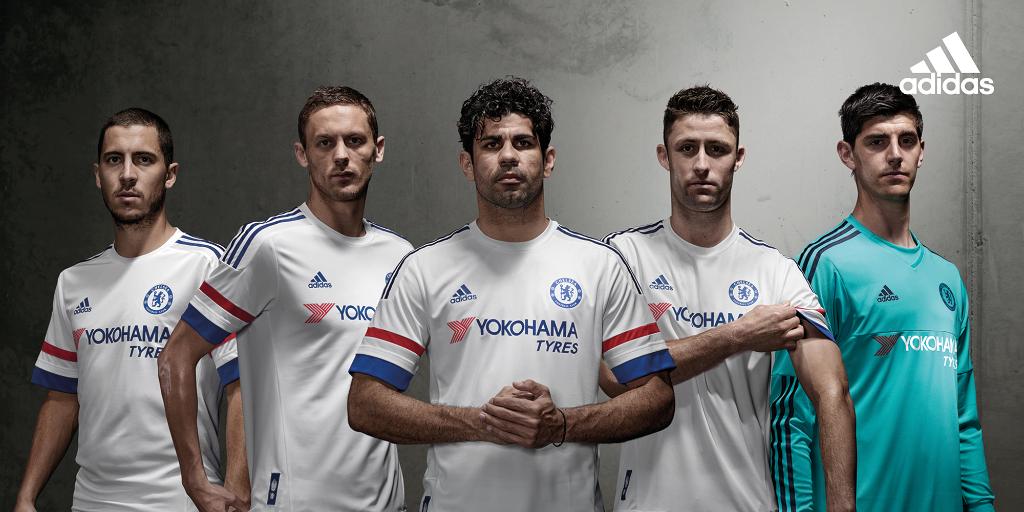