Foster and McAuley insist striker will be well received by teammates.

Ben Foster and Gareth McAuley have said Peter Odemwingie will be welcomed back into the West Brom team.

The Nigerian, 31, tried to instigate a move to fellow Premier League rivals QPR on the final day of the January transfer window but the pair insist he will be welcomed back.

McAuley, scorer of the first in The Baggies 2-0 over Liverpool, told the West Brom website: “We need Pete. We need him back on the pitch, playing and scoring goals for us.

“He’s had a few days off while things were going on so he only trained really for one day last week and he needs to get training again,

“He will get training again now and hopefully soon he’ll be involved in the games and scoring goals for us again.”

He added: “Everything is fine. The line has been drawn and now we’re back talking about football, Peter is an important part of our team. When he’s on form he’s an absolute world-beater, so we will welcome him back into the squad with no qualms whatsoever.”

Baggies fans will hope Odemwingie can recapture the form that saw him become such a coveted player as they continue trying to claim a surprise European place. 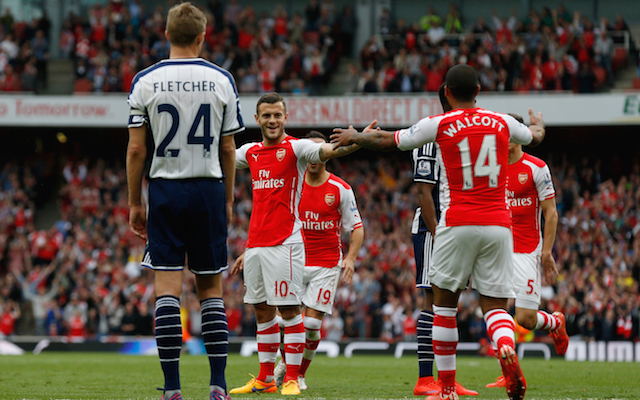