Ince becomes third manager for Blackpool this season and will take charge of squad including son Tom.

Former England captain Paul Ince was confirmed as manager of Championship club Blackpool on a one-year rolling contract on Monday.

Ince had been in talks with Blackpool for several days and the ex-Manchester United, Liverpool and Inter Milan midfielder sat in the directors’ box at Ipswich to see his new side’s 1-0 defeat on Saturday.

Seasiders’ caretaker manager Steve Thompson revealed after the game that the 45-year-old was on the brink of agreeing a deal and Blackpool have now confirmed his appointment as successor to Michael Appleton, who left for Blackburn in January.

With his son Tom Ince a key figure in the Blackpool forward line, Ince senior has been an ever-present at the Seasiders’ home games this season and he can’t wait for the challenge of taking over a team 10 points off the playoffs in 14th place.

“Considering I’ve watched the team play for the last 14 months, it’s strange sitting here as the manager, having obviously watched Blackpool as a fan as well as watching my son play,” Ince said.

“I’m delighted, it’s great to be back on the training ground and great to be involved with, and in charge of, a great bunch of lads.

“I’ve worked with a lot of players and the spirit and togetherness of the lads is absolutely fantastic. I’m glad I’ve been given the opportunity by (chairman) Karl Oyston.”

Ince, who has not managed since he left Notts County almost two years ago, had an unsuccessful six-month spell in charge of Blackburn during their time in the Premier League, winning just six of 21 matches before being dismissed.

He started his managerial career at Macclesfield in 2006 and has had two spells with Milton Keynes Dons, who he led to promotion from League Two in 2008. 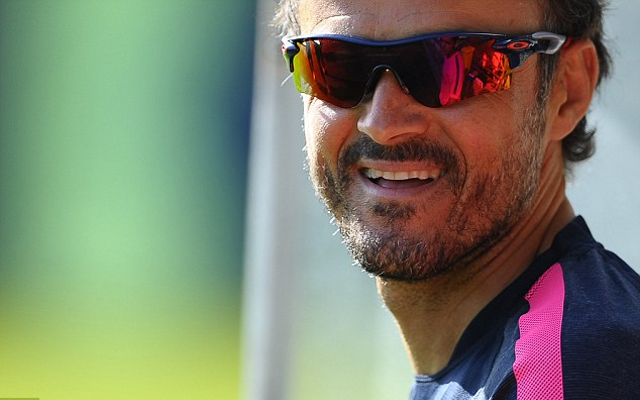