Orlando Magic forward Hedo Turkoglu has been suspended for 20 games after the NBA confirmed he had violated the league’s drugs policy.

The NBA said in their official statement that Turkoglu had test positive for methenolone, an anabolic steroid.

Immediately after the news broke, Turkoglu held a press conference to explain what had happened, blaming himself for not checking on medication he was given back in Turkey during the off-season.

“While I was back in Turkey this past summer, I was given a medication by my trainer to help recover more quickly from a shoulder injury.

I take full responsibility for anything that goes into my body. This was a complete error in judgement on my part and I apologize to the Orlando Magic organization, the league, my teammates and the Magic fans,” he said in a statement on orlandomagic.com.

Turkoglu has played just 11 games this season, averaging some of his lowest career numbers and has also been suffering from a back injury.

His absence will weaken the Magic bench, but considering the lack of contribution so far this season it is unlikely to come as a huge blow for Orlando who are already 15-37 for the season, sitting at the wrong end of the Eastern Conference.

Turkoglu becomes the first NBA player to be suspended for a performance-enhancing drug since O.J. Mayo received a 10-game ban back in January 2011 whilst with the Memphis Grizzlies.

His suspension began on Wednesday night, missing out on the 108-76 defeat to the Atlanta Hawks. 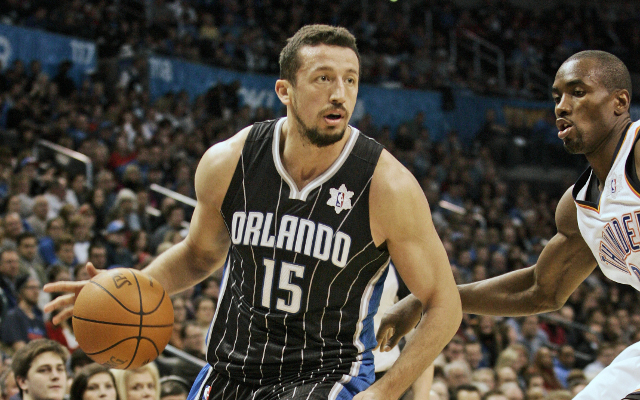