NBA Draft night is hijacked with news of veteran players on the move.

Never in recent memory has the actual NBA Draft almost become a sideshow to the inevitable dealings that happen at this time of the year.

While this year’s draft pool was one of the most open in years, with no real thoughts on who the top five picks in the country would be, the Celtics and Nets offered up a shock to the rest of the league.

Both teams agreed to an eight-player deal which would see Kevin Garnett, Paul Pierce and Jason Terry head to Brooklyn.

In exchange, Boston get three first round draft picks over the next three years along with Keith Bogans, Kris Humphries, Kris Joseph, MarShon Brooks and Gerald Wallace. 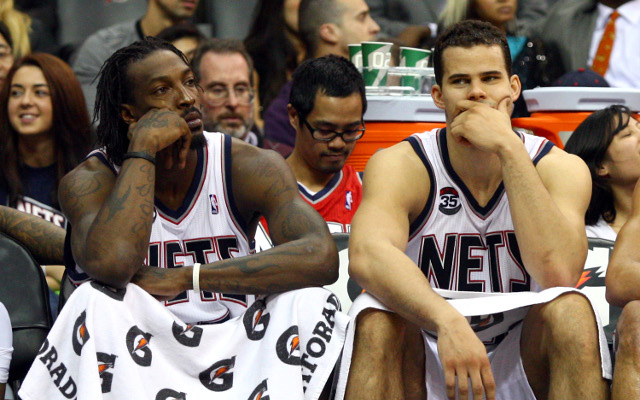 The trade cannot be officially made until July 10, but given the scale of the movement, both parties must have agreed at this point.

So who came out on top?

Of course the Nets did in the short-term but the Celtics organisation must be commended for making the hard choices now in order to get the side back to the top of the Eastern Conference.

It is strange to hear the words ‘rebuild’ and ‘Celtics’ in the same sentence, but that was the reality fans of the green needed to face up to, even before the deal that tore at the core of the Big Three.

Boston are coming off what was just over a .500 season and they were easily dispatched in the first round of the playoffs by the Knicks.

Something that is not common place for one of the most storied franchises in NBA history.

But the decision to move Pierce and Garnett now while they are worthy something still in the trade market, before finally Father Time finally catches up with them, was the right call by Danny Ainge and company.

Just ask Orlando Magic fans about hanging on to Dwight Howard for too long and not getting anything in return when he hit free agency.

By securing three first round drafts picks the rebuild could take less time than many hope.

But given the Nets are set to be one of the best teams in the East over the next three years, Celtics fans will have to hope for some luck if they want to be picking the best fruit from the player-talent tree.

Next year’s draft is set to be one of the most promising in years if all of the players expected to nominate for the pro-game do so.

However, there is an additonal way the Celtics can push themselves to the top of the lottery draw – trade Rajon Rondo. 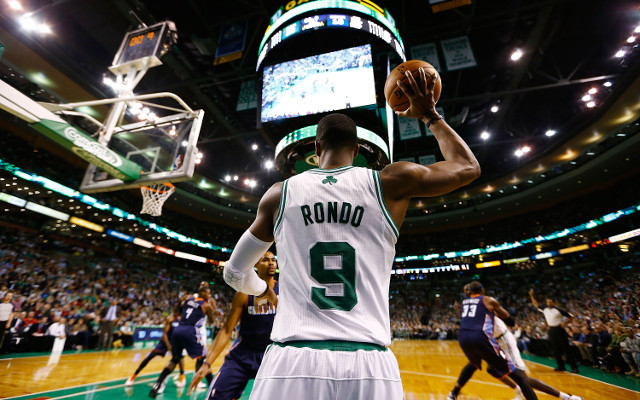 Despite coming off an ACL injury, which effectively killed off Boston’s chances last season, Rondo still can be classed as a top three point-guard in the league on his day.

However, the triple-double machine does have his personality quirks and has had trouble with former Celtics coach Doc Rivers and the Boston front office in the past.

So any team wanting to maybe pick themselves up a four-time All-Star at the shops better be wary of the warning label on the back – does not always play well with others.

The alternative is the Celtics keep Rondo on the books until they see how he bounces back from the injury and see what he can do with a side that will truly be ‘his’ team.

As Boston hung the ‘for sale’ sign around Garnett’s neck there were only a small number of sides where he could have gone to given his no trade clause.

They needed to be on the rise or at the top of their division or conference, and they needed to have the players and picks to entice the Celtics to part with one of their most loyal servants.

Brooklyn fitted the bill and now Garnett will be in black and white next year.

Speaking of changing colours, Pierce will be in something other than green.

Close your eyes and try and picture a non-Celtic green jersey on his chest.

Couldn’t do it? Me either. 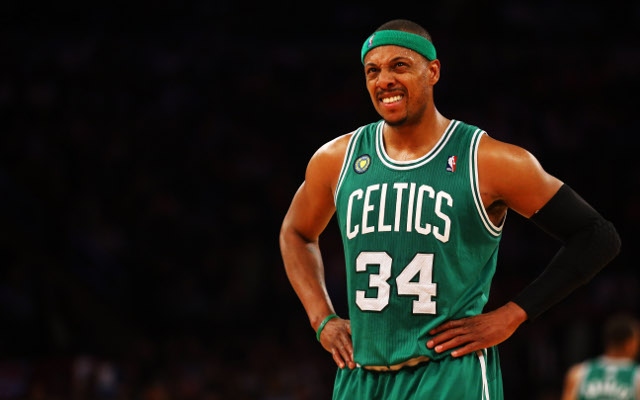 But how is this for a side to strike fear into the hearts of Heat and NBA fans.

Apart from looking like a fantasy side, the other aspect that stands out is size and plenty of it.

No longer will Garnett have to play centre as he did in Boston with a small side, with the 7ft frame of Lopez alongside him.

Joe Johnson might play the two-guard but he has the size to go against opposing small forwards, while Williams will again be strong in getting through traffic and getting to the rim.

While the side will have all of the intelligence and mental toughness you would need for a potential run at the title, the other big question that will only be answered in time, surrounds new coach Jason Kidd.

On one hand Kidd has been given the dream job in his first full-time coaching gig as he has everything at his disposal to make a name of himself from the sidelines, potentially paving the way for a long career.

He has a brand new stadium, a mega-star part owner in rapper Jay-Z pushing the side’s glamor and promotion and a ready-made rivalry with the Knicks.

But all of those tools bring with them expectations which could be a double-edged sword for Kidd.

And do not forget, just because star players are on the same side does not mean they will gel and win games – just look at the train-wreck the Los Angeles Lakers have now become since signing Steve Nash and Dwight Howard.

While Celtics fans must be unhappy with the prospect of winning under 40, maybe even 30 games next season, they must have known in their hearts this day was on the horizon.

On the other hand, Nets’ fans should approach this off-season with a sense of excitement in the wake of the trade.

However, they must temper their initial expectations somewhat as Brooklyn may still undergo their fair share of growing pains.