The Brazilian continues to impress in the sport.

Brazil’s Alan Oliveira smashed the T43 100 metres world record with a time of 10.57 seconds at the Paralympic Anniversary Games in London.

Double amputee Oliveira defeated Oscar Pistorius to win a gold medal in the 200m at the London Paralympics last year and 12 months later he has enjoyed more glory in the Olympic Stadium.

The 20-year-old became the world’s fastest amputee sprinter by running a record 10.77s for the 100m in Berlin last month.

And Oliveira, who only finished seventh in the 100m Olympic final last year, was in blistering form as he shattered his own record.

American Richard Browne finished second in the mixed-class race in a T44 world record, for single amputees, of 10.75s, with Britain’s Jonnie Peacock third in a career best 10.84s.

“I can’t express how happy I am,” Oliveira said. “Richard Browne and Jonnie are very fast, I know that.

“I just wanted to run for 10 seconds and that’s what I did.” 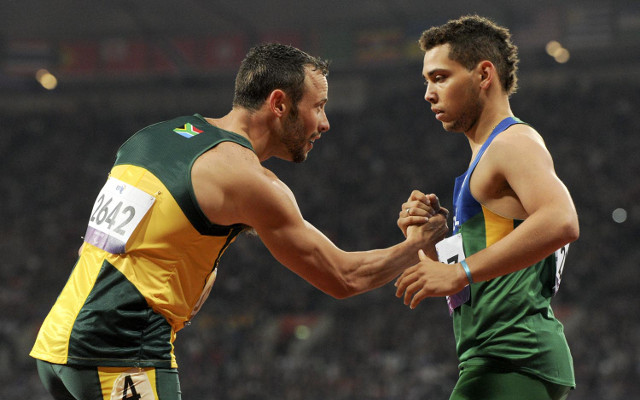