Paris Saint-Germain have confirmed the signing of Napoli forward Edison Cavani in a colossal £55m deal, beating the likes of Chelsea and Manchester City to the Uruguayan. 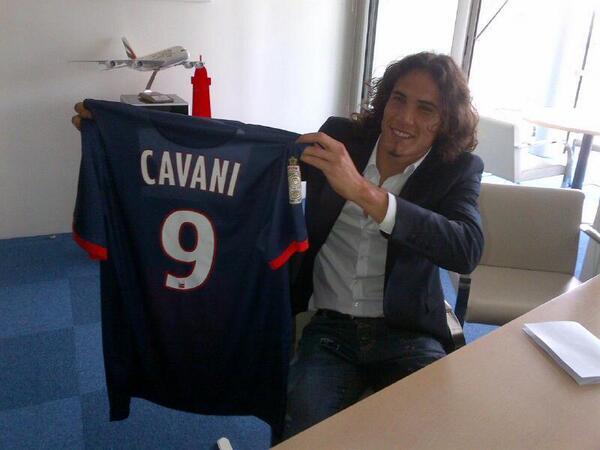 Cavani joins PSG in what is the biggest transfer deal of the summer to date, bettering those of Radamel Falcao to AS Monaco (£50m) and Barcelona’s signing of Neymar (£48.6m).

The 26-year-old is also the French champions’ club record deal, much more than the £37m the Parisians paid AC Milan to secure the services of Thiago Silva 12 months ago.

The Uruguay international has become one of the most coveted strikers in European football in the past few seasons due to Cavani’s prolific record in front of goal.

In three years at the Stadio San Paolo the South American has netted 20 plus Serie A goals each campaign, with a total of 78 strikes in 104 matches.

Cavani’s decision to join PSG will serve as a disappointment to returning Blues manager Jose Mourinho, who had highlighted the Napoli man as a potential solution to the attacking problems at Stamford Bridge.

City were also in the hunt for the PSG’s new hit-man, but were not prepared to activate the £55m release clause that it eventually took to land the forward.

Cavani becomes the Ligue 1 holders’ first official signing of the transfer window and takes the club’s total spending on new players since their Qatari takeover in 2011 to £277.8m.