In an interview that everyone was waiting for at the NFL Scouting Combine, Notre Dame linebacker Manti Te’o spoke to the media on Saturday and addressed various topics, including the infamous hoax.

Te’o was faced with a huge media horde at the Lucas Oil Stadium, and while there were questions regarding his upcoming draft expectations, he was also inevitably bombarded with those regarding his personal life.

The 22-year-old Heisman Trophy runner-up appeared calm throughout, answering all questions openly while admittedly still being embarrassed by the whole situation.

“This is pretty crazy, I’ve been in front of a few cameras, but not as many as this,” he told the media as reported by NFL.com.

Te’o revealed he had already held interviews with the Houston Texans and Green Bay Packers, and is likely to meet with the other 18 teams during the Combine.

“They’ve told me they’ve all just wanted to hear from me what the truth was. They haven’t really said anything about it affecting me. We briefly described it for 30 seconds, and the next 14 minutes was about plays and getting down to business.

“They want to be able to trust their player. You don’t want to invest in somebody who you can’t trust,” he added.

While Te’o is keen to put the story behind him and concentrate on matters on the field, he accepted it is inevitable that the hoax story would steal the headlines, despite enjoying a great season with Notre Dame.

There are differing opinions over whether the hoax will hurt his draft standing. Prior to the story, he was considered a top-five pick, but now many have him going lower in the first round. However, Te’o appears adamant to not let it affect him, and isn’t worried about the backlash or being the locker room talk.

“It got overwhelming at times. I’m just looking forward to getting straight to football. I understand people have questions, but I think I’ve answered everything I could. I’d really like to talk about football,” Te’o told the media.

At the end of the questioning, Te’o thanked the media, Notre Dame, his family and everyone who has supported him. Experts and analysts have suggested that the media session went well, now Te’o will hope to finally start moving forward by making headlines relating to his football. 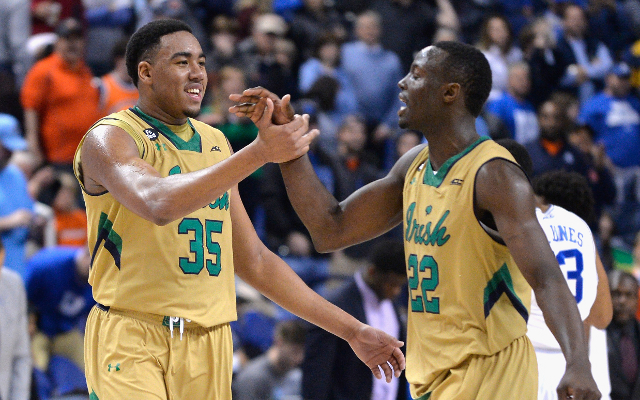