A move for the veteran defensive tackle has yet to materialise for the Super Bowl chasing franchise.

The Atlanta Falcons are yet to make a serious offer to free agent defensive tackle Richard Seymour as of yet, despite rumours that he would sign with the side once they gained cap relief on June 1st from releasing John Abraham and Tyson Clabo.

NFL.com’s Ian Rapoport tweeted the news of no imminent deal on Monday, as the Falcons are still looking to put together an offer for the former Oakland Raiders star.

Many (including me) were waiting for post-6/1 for things to ramp up with Seymour & #Falcons. Yet I’m told “nothing at this point” #staytuned

Seymour is expected to come in add depth to a defensive live that is lacking in pass rushing talent, and with the speed Seymour possess for his huge frame, he will look to create big problems for Atlanta on their interior defensive line.

Atlanta will be hoping that he can bring the championship winning experience to a side that has struggled in recent years getting over the hump in the playoffs, winning just one game in five playoff appearances since 2008. 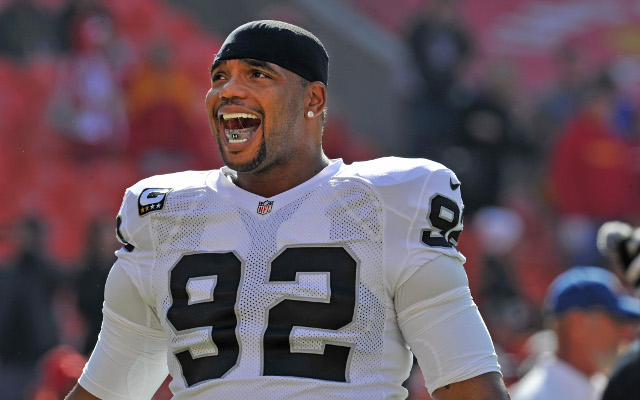