Well that didn’t last very long… one year on a big deal with the Raiders and James Jones is already looking for work again.

Oakland Raiders WR James Jones is reportedly going to be released this week after just one season with the team.

CSN Bay Area reported that Jones received a call from Raiders GM Reggie McKenzie that the team was going to let him go from his three-year deal. In doing so, the Raiders will save over $3.4 million in cap space.

Jones led the Raiders with 6 TDs and 73 receptions, which went for a second-best 666 receiving yards in his first season with the team. But with the free agent acquisition of WR Michael Crabtree and the Raiders investing the No. 4 overall pick in the 2015 NFL draft in wide receiver Amari Cooper, Jones and his 31-year-old body apparently became the odd man out.

Jones was a third round draft pick by the Green Bay Packers in 2007 and averaged 13.9 yards per reception over a seven year career. In 2012 he led the NFL with 14 receiving TDs – tied for fourth in Packers’ history. 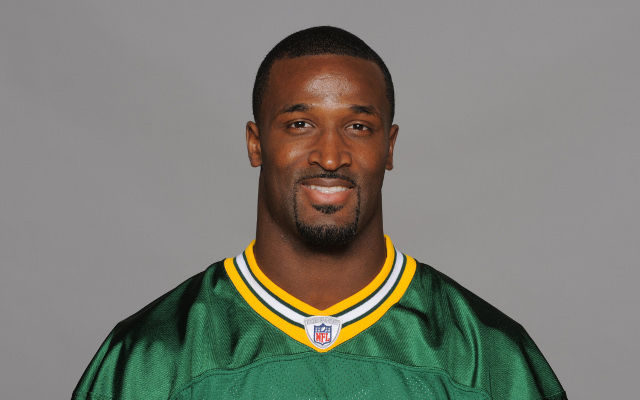