JaMarcus Russell continues his comeback as he sheds 50lbs from starting weight.

Former number one overall pick and Oakland Raiders Quarterback JaMarcus Russell is drawing some interest from several NFL teams, who are interested to work out the famous NFL bust to see if he still has the ability to be an NFL Quarterback.

NFL.com has suggested that the 2007 draft pick has intrigued teams throughout the league thanks to his commitment to reutrn to the league, and that he has already lost 50lbs, taking his starting weight of 315lbs down to 265lbs this off-season.

While it was never questioned that the LSU star had the mechanics and skill set to be an NFL star, his character on and off the field, coupled with poor coaching while at the Raiders, led the QB to ballooning in weight, and find himself out of the game just three years after entering it.

No teams have expressed publicly their interest in the 27-year old signal caller, however there are a number of teams with holes at the number three spot on their Quarterback, including Jacksonville, New Orleans, New England and Kansas City. 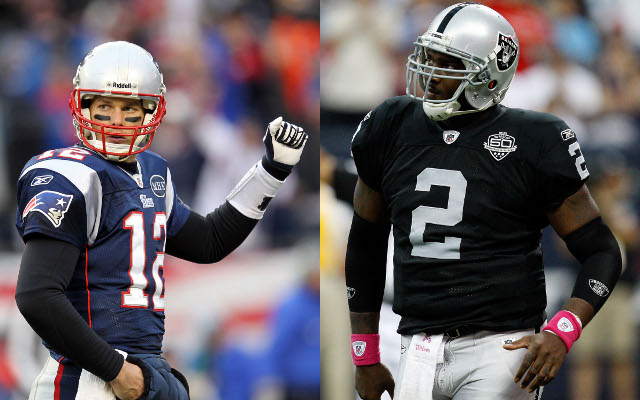 How the NFL Draft can come down to luck