Toon could lose centre-half this month after he told club officials he wanted to return home.

Newcastle United captain Fabricio Coloccini has requested to leave the club this month and return home to Argentina, reports the Independent.

Get the best value Barclays Premier League tickets on Viagogo, where all tickets are 100% guaranteed

The 30-year-old reportedly told club officials that he felt he could no longer stay at St James’ Park and wished to leave while the January transfer window remained open.

The news comes as a massive blow to Toon boss Alan Pardew, who has seen his side slide towards the relegation zone with just two wins in their last 16 games.

Pardew has already lost the club’s leading scorer, Demba Ba, to Chelsea this month and the departure of reliable centre-half Coloccini would leave the North East outfit short of cover at the back.

Colccini signed a four-year deal last year, making him Newcastle’s top earner on a salary of around £3m per year.

The Argentina international justified the hefty outlay with some fine performances at the start of the season, drawing comparisons with Bobby Moore from Pardew after his display in the Tyne-Wear derby with Sunderland.

But the defender’s form has dipped of late and his father, Osvaldo, recently expressed the wish for his son to be allowed to return home, citing “personal matters”.

Newcastle must now decide whether to allow the £10m signing from Deportivo La Coruna in 2008 to leave this month. That may depend on whether they can find a replacement before the end of the transfer window..

Pardew had provisionally included Coloccini in his squad for Newcastle’s game at Carrow Road. But San Lorenzo’s president, Matias Lammens, appears hopeful of securing a swift solution, having admitted today they are interested in signing him.

“Coloccini to San Lorenzo is the plan A, B and C,” Lammens said. “He represents much more than football – he played here six months and was champion, his father works at the club and is a fan. The deadline is next week but we cannot do anything crazy with the budget.” 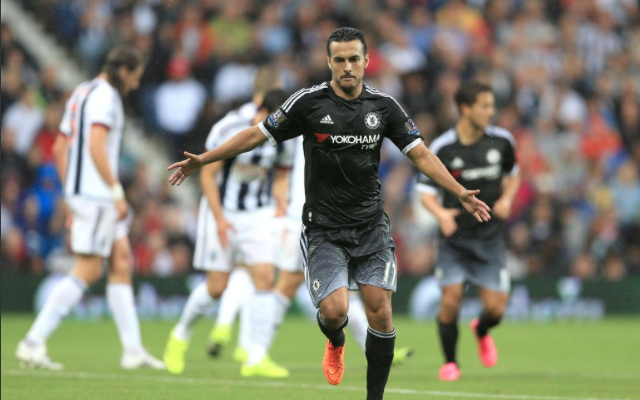 Premier League team of the weekend: Pedro 1 of 2 Chelsea stars to get in, Man Utd rock also makes it