Newcastle has confirmed Beau Scott will be released from the final two years of his contract to allow him to join NRL rivals Parramatta Eels.

The Kangaroos back-rower had agreed to terms with the Eels, but was waiting for the Knights to sign off on his early release.

Scott joined the Knights in 2013 from St George Illawarra and has become a key cog in the Newcastle line-up and had signed a deal until the end of the 2017 season.

Knights chief executive Matt Gidley said the club did all in its power to keep hold of Scott, but “certain circumstances” meant there was no other option but to allow him to join the Eels in 2016.

“Beau has been an outstanding contributor to our club since his arrival but genuine compassionate matters have forced him to return to Sydney to be closer to family support,” Gidley said in a club statement.

“While we as a club have done everything in our power to support Beau and his family over the last 12 months, we acknowledge that certain circumstances go beyond the reach of any employer.

“We wish Beau the very best for his future, both personally and professionally, and look forward to him returning to the field and leading our team throughout the remainder of this season.”

Scott said the decision was a difficult one to make, but it was in the best interests of his family.

“For this reason alone we have decided it is in the best interest of our young family to return to Sydney to be close to our family network, as we will very much need their support in the coming years.

“This has been a very weighty decision for us to make.

“We are extremely grateful to Matt Gidley, (coach) Rick Stone and the Newcastle Knights for the empathy they have shown and for their continuous help and support.

“We couldn’t have hoped for more.”

Scott is currently sidelined with an ankle injury.

The Knights currently sit seventh on the NRL ladder following their narrow loss to the Eels on Sunday. 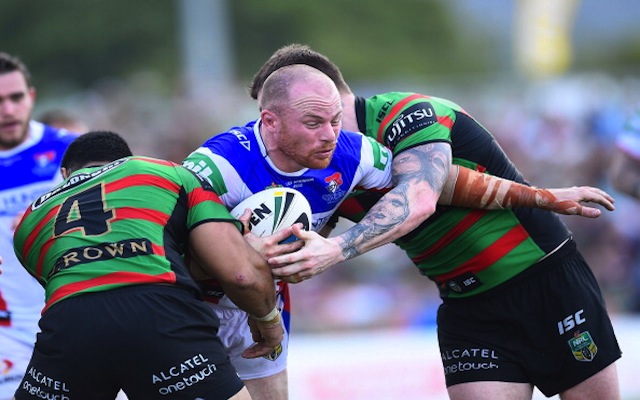