Smith believes Knicks would have swept Celtics if he had played in Game 4.

New York Knicks star J.R. Smith says that his team would have swept the Boston Celtics in their opening round playoff series if he hadn’t of been suspended for Game 4.

The NBA suspended Smith after he threw a wayward elbow at Jason Terry during Game 3, and as a result the Knicks went on to lose 97-90 in overtime.

The Celtics avoided the sweep and early elimination, but the Knicks have a chance on home court to wrap the series up on Thursday.

“Oh yeah, it would have been over,” Smith told the media after practice on Tuesday according to ESPN.

“I’d have been playing golf today,” he added.

His presence was sorely missed in Boston on Sunday, as the Knicks bench contributed just seven points in the absence of the Sixth Man of the Year.

As a result, more pressure and responsibility was placed on the shoulders of Carmelo Anthony who had a disappointing 10-for-35 shooting night.

“It was very tough to watch. Especially that first half. I mean, from the turnovers to missing shots…It wasn’t the easiest thing ever. I wasn’t pleased with it. My team-mates wasn’t either. I’ll get the chance to make up for it tomorrow,” he concluded.

Smith appears to have learnt his lesson from his flagrant foul, stating that you “shouldn’t throw elbows”, but admits that the Knicks must close out the series at Madison Square Garden on Thursday to avoid prolonging the series further.

With one of the oldest rosters in the NBA, coach Mike Woodson will want to give his troops as much rest time as possible ahead of a second round playoff clash with either the Indiana Pacers or Atlanta Hawks.

However, he will be delighted to have Smith back who not only contributes valuable points, but a great presence particularly on the offensive end which allows Anthony more time and space. 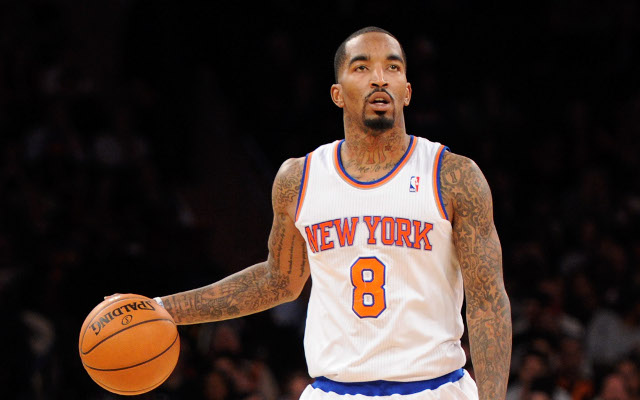