Bon Voyage! Will Bastian Schweinsteiger be the catalyst for a Premier League title run for Man United?

Newly-signed Man United midfielder Bastian Schweinsteiger has wished his fond farewells to his friends at family at his former Bundesliga stomping grounds.

The 30-year-old German superstar took to Twitter to wish fans of FC Bayern Munich the best as he moves on with the next phase of his football career. He apologized in advance to those he let down but hoped that his supporters would understand his decision. 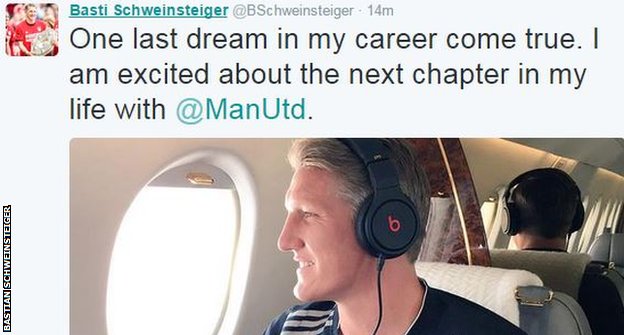 “No one can take away the incredible journey we had together. The decision was very hard to make because you and Bayern have, are and will always be an extremely important part of my life,” Schweinsteiger wrote.

The move to Man United will reunite Schweinsteiger with former Bayern manager Louis van Gaal, who coached the club from 2009 to 2011.