New England Patriots linebacker Dont’a Hightower has been a key contributor to their defense since being selected in the first round of the 2012 draft.

He suffered a shoulder injury in Super Bowl 49, and the Patriots’ Super Bowl win came at a price as Hightower will miss 6-7 months after going through shoulder surgery.

Hightower registered 89 tackles with six sacks in 2014 as the Patriots defense showed improvement, but it will inevitably take a step back with the departure of cornerbacks Darrelle Revis and Brandon Browner.

Revis returned to the New York Jets as Browner signed with the New Orleans Saints. Hightower will especially be missed since he is one of the team’s best run stoppers.

Defensive tackle Vince Wilfork’s release doesn’t help matters either as the defensive line struggled last season and would have arguably lost the game for the Patriots if the Seattle Seahawks let Lynch run on the fateful final play.

The Patriots will look to shore up their pass rush and run defense as they make a run at a Super Bowl repeat. 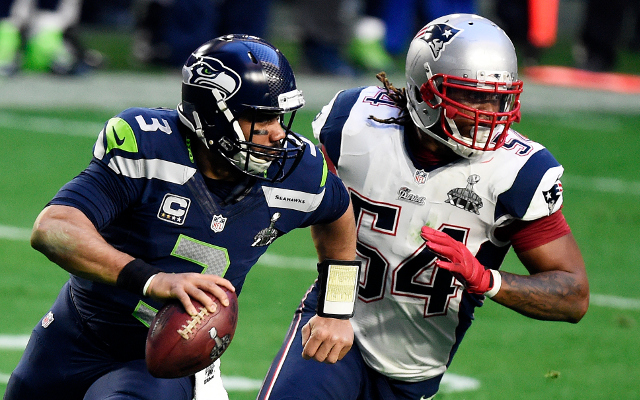