Speculation rife that the Cavs would give up the prized number one pick.

Cleveland and Orlando nowhere on a possible deal for the No. 1 pick, team sources tell Yahoo Sports. "Total bullshit," one executive says.

If you are an Orlando Magic fan, don’t start getting too excited about possibly picking up Andrew Wiggins or Jabari Parker next season.

That is the latest news from both camps ahead of the much-anticipated NBA draft, which is full of potentially-franchise changing talent.

Supposedly, the Cavs were interested in giving the No. 1 pick to the Magic in exchange for their number four and 12 picks along with Arron Afflalo. 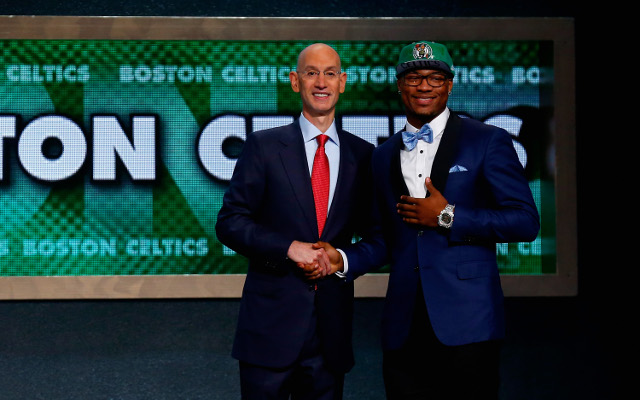