In a deal that could prove beneficial for both teams, the Memphis Grizzlies and the Minnesota Timberwolves are looking to swap guard Tony Allen for forward Chase Budinger.

Memphis, who have been one of the best defensive teams in the Western conference for the past three years have been struggling to score, especially from out on the wing.

In comes Chase Budinger with a three-point percentage of 35 this season for the Timberwolves and a career high of 40 per cent coming as part of the Houston Rockets in 2011-12.

Currently Budinger is averaging the lowest minutes for his five-year career at just 18 a game, and a chance for him to play more first-team ball for the Grizzlies would be beneficial for him.

As part of the deal J.J. Barea could also be changing teams with Tony Allen and Tayshaun Prince added to the deal from the Grizzlies’ side.

Allen would be a loss for the Grizzlies, with the ‘Grindfather’ becoming a cult hero with the team’s fans, but his defence will prove to be popular in Minnesota, with his ability to stop attackers from getting to the rim helping Kevin Love and Nikola  Pekovic under the basket.

While Prince is also a good defender on the wings given his length, and when combined with Ricky Rubio, the Timberwolves, in theory, have a side that could help them get into the playoffs in the West, after their below-average first half of the season. 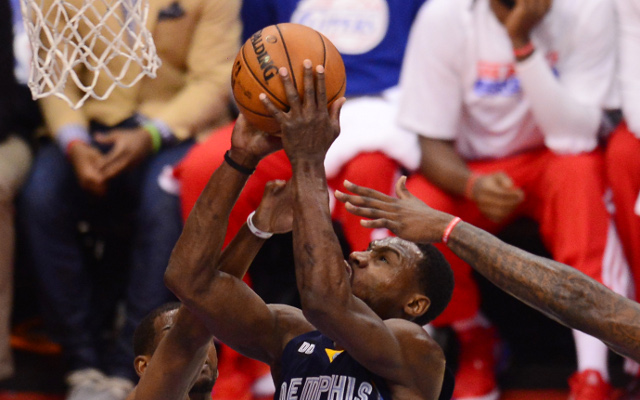