Which players in the MLS offer the best value for money?

Moneyball was a recruitment policy made famous by baseball. The concept revolves around trying to find players who have been undervalued and bringing them into the side for a price that’s well below their true worth.

SEE MORE
MLS players in Caribbean Cup – 15 US-based players will be playing in this months competitionCubo Torres Chivas – As Cubo Torres transfer saga drags on, we look at four facts about the youngster
David Beckham MLS – A look at the legend’s final season in the US

Now, research by ‘Business of Soccer‘ has identified the MLS’s best value players by comparing the 2014 MLS Castrol Index with the Player Union’s salary data.

The only criterion used in selecting the team was a 2014 guaranteed compensation below the League Median of $92,000.

What do you think of the team below? Nine of the eleven selected finished in the top 25% of the Castrol Index last season. 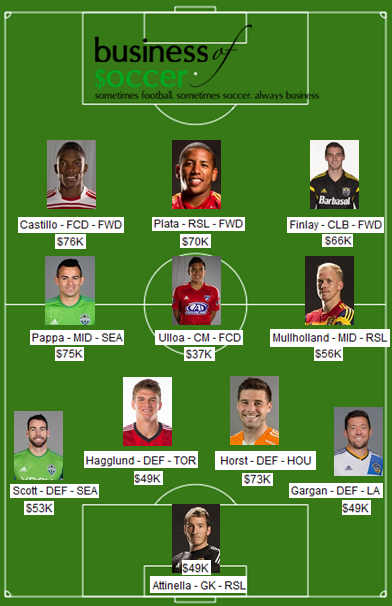