Star quarterback continues to have a solid season in 2013-14.

Detroit Lions quarterback Matthew Stafford has a good chance of becoming the team’s all-time leader in passing yards when they travel to take on the Chicago Bears this weekend.

While he has only been with the team for four-and-a-half years, Stafford has a chance to not just beat the existing mark but smash it.

For much of their history, the Lions have not been one of the better teams which has contributed to the lower passing record.

And when this is combined with the recent change to offences moving the chains more through the air, it has allowed Stafford to be close to beating the mark that has stood for 50 years and is currently held by Bobby Layne.

Considering Stafford has thrown for more than that in half of Detroit’s games this season – although not against the Bears in September when he threw for a season-low 242 yards – there is a chance he breaks the mark in Chicago.

In those four-plus seasons, Stafford has already thrown for 15,424 yards and 96 touchdowns while completing and attempting more passes than Layne did in his Lions career.

Stafford downplayed the likely record this weekend, but said it will be nice to look back on after his career.

“It’s obviously, any time you break a record, it’s a humbling experience,” Stafford said. “It’s not something I’m setting out to do every time I go out to a game or whatever it is.

“It’s not like I’m going out there trying to break records. I’m trying to win a game. If I do so in the process, obviously I have a lot of respect for the history of this game and this franchise, too, so it’s something that when and if it happens, I’m sure I’ll reflect on it after the fact.” 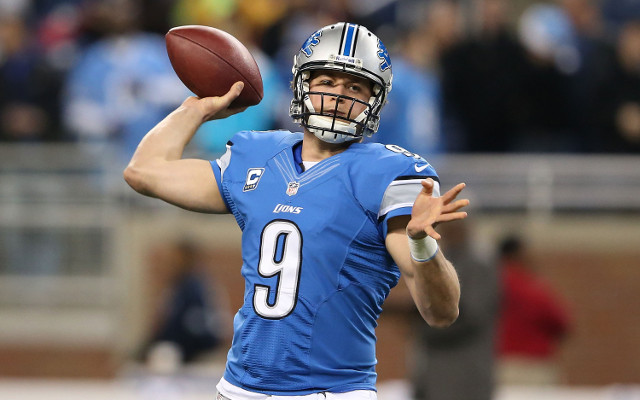