Mark Schwarzer said he has resigned to the fact he will not be at Fulham next season with a new deal not on the horizon.

With his current contract to run out at the end of June, Schwarzer’s stipulation that he be retained as the number one at Craven Cottage seems to be the biggest stumbling block.

Speaking before international duty with Australia as the Socceroos took on Japan, Schwarzer, who will turn 41 in October, said he was open to any new possibilities.

“I’m fully focused on the Socceroos first and foremost and I’m confident my club situation will resolve itself one way or the other,” Schwarzer said.

“Something will be sorted out, I’ve got no worries about, in the near future, I’ve got no idea at this stage where I’m going to be so I’m open to anything.

“The key is playing week in, week out. That’s always the key regardless of what position you play.”

Despite having earned 39 appearances for the Whites since he signed last year, Fulham manager Martin Jol said he could not assure the Australian he would be the preferred shot-stopped.

“We offered Mark a new contract, but the only thing is he wanted to be guaranteed to be the No.1, and that is not easy as we need a goalkeeper anyway,” Jol said last month.

“We don’t know what will happen to (back up) David Stockdale and he does not want to be the No.2. He wants to be No.1 as well and that is the problem.

“You have to compete and fight for your place. He wants almost a guarantee to be No.1, but if we cannot find a solution we need to get a very good goalkeeper because you need to be very good to be better than, or the same, as him.”

Being a free transfer might enhance Schwarzer’s chances of staying in the Premier League, along with his previously spoken desire to play in the Champions League, one of the few major European competitions not on his playing resume. 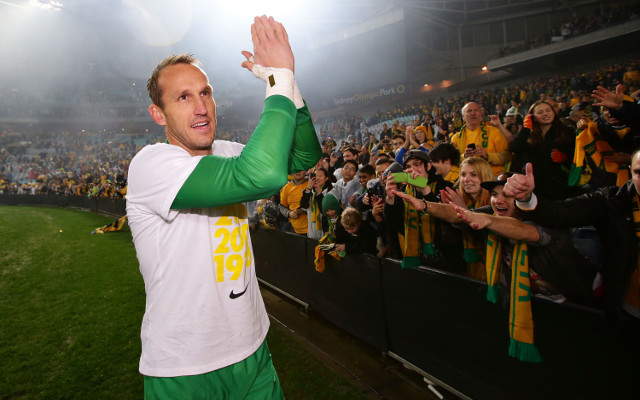