Australian goalkeeper walks away from international duty ahead of World Cup.

Veteran Australia goalkeeper Mark Schwarzer said his decision to retire from international football was his own and one he had been pondering for some time.

The 41-year-old had appeared set for a swansong at next year’s World Cup in Brazil but informed Football Federation Australia on Wednesday that he was quitting with immediate effect.

Schwarzer, who plays for Chelsea in the English Premier League, said that he could no longer guarantee the commitment required to perform at an international level.

“Whenever I play for the Socceroos, I’ve always given 100 percent,” Schwarzer told Fox Sports from London.

“I’ve always been 100 percent focused. I’ve been able to focus all my energy on playing for my country, getting in the best possible condition I can be in and be committed to do all the travelling and do the commitment of being a Socceroo.

“I felt that if I can’t do it justice and have the right mental approach to play for the national team, then I shouldn’t be playing. I know it’s the right time.”

Schwarzer is Australia’s most-capped player and played 109 times for his country since his debut in 1993.

His decision to retire came just hours before new Socceroos coach Ange Postecoglou announced his first national squad since taking over from Holger Osieck, and it initially included Schwarzer.

The Chelsea man said it had been a decision he has been weighing up for some time.

“It’s been something I’ve been playing through my head for quite some time now,” Schwarzer said.

“For a lot of people it’s a surprise that I would have made such a sudden decision.

“But you don’t go playing for the Socceroos for 20 years and make a sudden decision like that.” 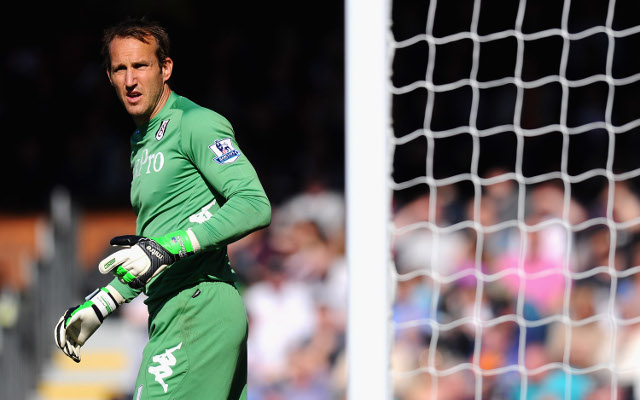 Mark Schwarzer open to a change as Fulham deal runs out