After their 1-0 lose to Mamelodi Sundowns, Golden Arrows Coach Manqoba Mngqith has hailed Siyabonga Mngoma as his new number 1.

Even though his side couldn’t avoid the defeat, Mngoma starred in the Arrows goal, pulling off a number of fine saves.

This season Mngoma has taken over from Nkosingiphile Gumede as Arrows number one.

The loss leaves Mngqith’s side with only one point from their opening three games, while Sundowns are flying high in second with seven points.

Speaking to Goal South Africa the Arrows Coach spoke highly of his goalkeeper’s performance: “I am very impressed by the talent and dedication displayed by Mngoma. I think if he continues like this then he has a bright future ahead of him.

“He saved us today on a number of occasions and it is good to have such a player in your squad.”

Pitso Mosimane also commented on the keepers performance: “(That was) great goalkeeping by Mngoma. If it was not for him we would have scored more goals.”

It looks like it will be another tough season in the Premier League for The Backheel Boys, who in 11 years have never finished higher than fifth.

In the last three seasons the men from Durban have fared badly only managing 13th, 11th and 12th. 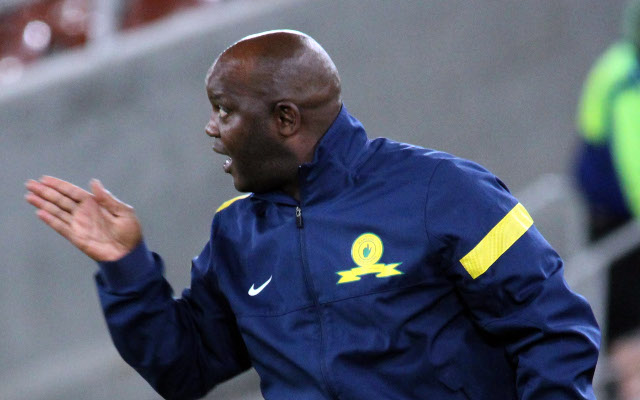 Pitso Mosimane: Sundown gave their all