However, in a strange move, the paper have sought to pick apart their own story, by saying that Rooney’s weight problems are a concern for Luis Enrique’s men, and that his overall physical shape would cause problems for himself in Spain.

The report also claims that though Mata apparently has a desire to return to the Spanish top flight, the club have no use for him and therefore won’t be making a move to bring him home just yet.

Ander Herrera has undoubtedly been one of United’s better players this term, and he has been on the radar of Barca for some time. They had been hoping to snap him up for around €25 million, though they realise that the Red Devils would likely not even consider a move for any less than €30 million.

The report caps itself off by claiming that a suitable offer for Silva of around €30 million would be enough to convince City to part with him. 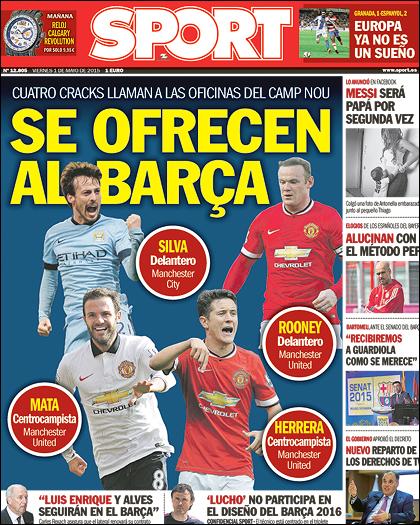