Manchester United are ready to challenge Chelsea and Real Madrid for the signature of £53m striker Edinson Cavani, reports the Daily Mirror.

The Napoli striker looks set to leave the Serie A outfit this summer and has already confessed his admiration for Blues boss Jose Mourinho. 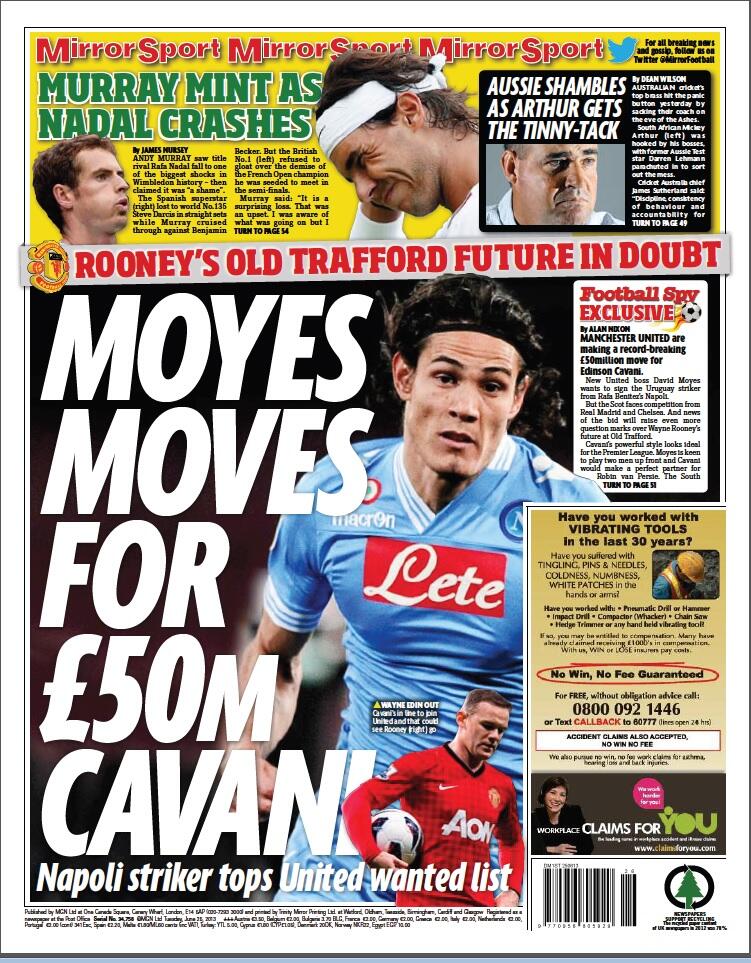 But the Stamford Bridge outfit are reportedly unwilling to meet the 26-year-old’s staggering £53m release clause, while United’s owners, the Glazer family, are ready to sanction a huge bid for Cavani.

New Old Trafford boss David Moyes is a fan of the Uruguay international, who is currently on international duty at the Confederations Cup and finished top scorer in the Italian top flight last term with 29 goals in just 34 appearances.

Cavani’s father admitted last week that his son was interested in a move to Real but the La Liga giants are just as unwilling as Chelsea to meet his release clause, particularly when Tottenham’s Gareth Bale is currently the focus of the Bernabeu charm offensive.

United’s interest in Cavani will cast further doubt on the future of Wayne Rooney.

The England striker reportedly remains unsettled in Manchester and is set for crunch talks with Moyes, who was his manager at former club Everton, in the coming weeks.

Cavani possesses similar attributes to Rooney and Moyes is thought to regard the South American as the perfect partner for Robin van Persie – news that will not sit well with Rooney.