Ferguson says patience is the reason behind his young players success.

The trio have developed into key members of a squad that has the slight upper hand in their last 16 European tie – with a second leg to come at Old Trafford – possesses a 12-point lead at the top of the Premier League and faces Reading in the last 16 of the FA Cup on Monday.

“We are patient with young players,” United manager Ferguson explained Friday. “We were patient with Tom Cleverley, sent him on loan on four different occasions until he matured and now he is an important member of the squad.

“I think you have to show patience. If you think they have the ability, then wait for that.”

Ferguson’s approach has been demonstrated superbly in de Gea, signed from Atletico Madrid for £18.9 million ($29.3 million) at the start of last season, and who has been widely criticised for his role in some of the goals United have leaked this campaign.

Former United defender turned television pundit Gary Neville led the harsh analysis of de Gea’s mistakes earlier in the season but the 22-year-old Spaniard’s display at the Bernabeu on Wednesday silenced the ex-England full-back and all his other critics.

“Maturity helps,” said Ferguson of de Gea’s development. “There are very few goalkeepers who come into the first team as teenagers, or approaching 20 years of age, and are the finished article.

“There are a couple of good examples that defy reason — (Gianluigi) Buffon went from Parma to Juventus and also Petr Cech from Rennes to Chelsea — but that’s not always the case.

“Peter Schmeichel didn’t join us until he was 27 and gave us eight great years. Normally, goalkeepers are in their mid-twenties before you get the finished article.

“A good performance helps any player but it also won’t change David. He is quite a down-to-earth boy.”

Welbeck, also 22, was another star of United’s display in Madrid, giving the Premier League table-toppers the lead on Wednesday.

Despite the excellent seasons being enjoyed by Robin van Persie, Wayne Rooney and Javier Hernandez, the striker serves as an example that United’s highly-regarded youth system is still producing high-level graduates.

“That performance won’t do him any harm, that’s for sure,” said Ferguson. “He’s not a lad who lacks confidence, he has good inner confidence.

“But it’s a great boost to younger players who are coming behind him, from the academy as Danny has done.

“He has been with us since he was nine years old and it’s a great testimony to the development we do with our younger players.

“They can see that by trusting us to map out their careers and help them, that they can get to Danny’s situation.”

One player at the other extreme of the experience scale — 38-year-old Paul Scholes — is out for at least two weeks with a knee problem, having missed the first leg in Madrid.

“It has been bothering him a bit and we tried another treatment at the weekend,” said Ferguson.

“Maybe a couple of weeks and he will be back.” 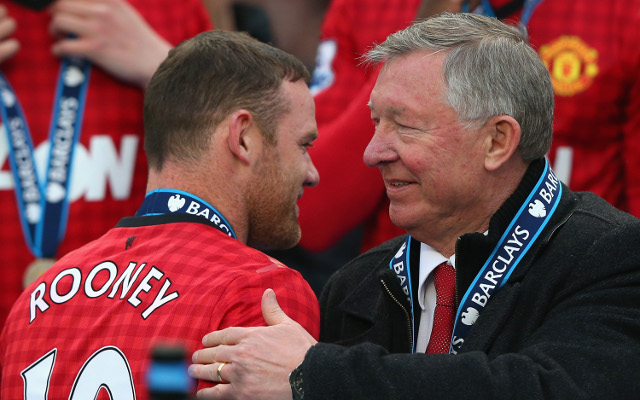