Samir Nasri scored a 66th-minute winner as Manchester City came from behind to beat West Bromwich Albion 2-1 at the Etihad Stadium on Saturday night.

The victory keeps City on course to finish in the top four – they are now four points ahead of rivals Manchester United, who have a game in hand away to Tottenham Hotspur on Sunday.

As well as securing three points, Nasri’s goal saw City climb to the top of the Premier League’s goalscoring charts.

City have now scored 58 times this term. One more than Spurs.

While City can claim to be the most entertaining side – now that they have risen to the top of the goals table – they are a long way behind Spurs in the defensive stakes.

Stephane Sessegnon’s opener on Saturday, which was cancelled out by a Sergio Aguero penalty, was the 33rd goal conceded by City in the league this season. 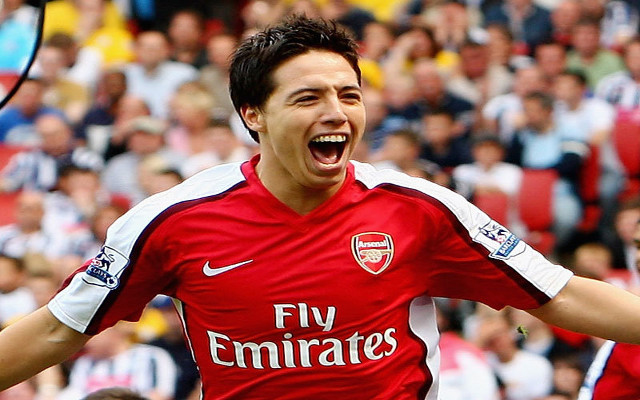