Ragin’ Cajuns QB Terrance Broadway led his team to over 400 yards of offense against Nevada to record their 4th straight win in the New Orleans Bowl.

From 1973 until 2009 the Louisiana-Lafayette Ragin’ Cajuns had never received a bowl game invitation. Since 2011, however, the team has now won four consecutive New Orleans Bowls, this year with a 16-3 win over the Nevada Wolf Pack.

With QB Terrance Broadway leading the Ragin’ Cajuns, they never gave up the lead after they took it on a 17-yard TD pass from Broadway to C.J. Bates in the first quarter.  Louisiana-Lafayette extended their lead with a FG from PK Hunter Stover. Nevada was simply unable to get anything going offensively, with star QB Cody Fajardo completing less than 50% of his passes on the day and less than 100 yards rushing for the entire team. The Wolf Pack was fortunate enough to avoid a first-half shutout with a FG from PK Brent Zuzo, but it would prove futile in the second half.

After a scoreless third quarter the Ragin’ Cajuns continued to make the necessary plays for key first downs – compiling 26 on the day and converting 6 of 14 third downs – and extending their lead with two more FGs from Hunter Stover to dig the Wolf Pack into a hole too big to return from. With 4:57 left in the game Stover kicked an easy 35-yarder to give the Ragin’ Cajuns their 16-3 final score. 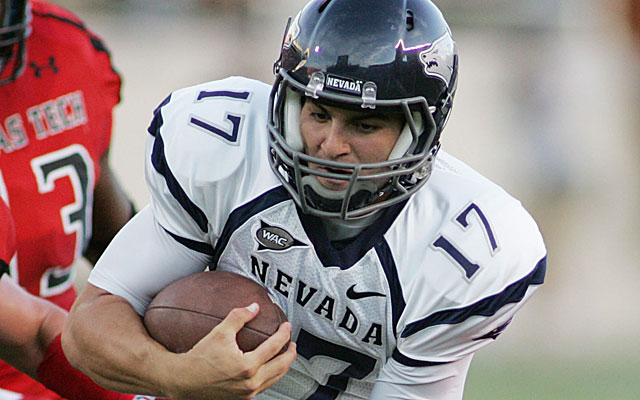