With 31 TDs on the season, Nevada QB Cody Fajardo is one of the X-factors in this bowl matchup with Louisiana-Lafayette.

The Nevada Wolf Pack takes on the Louisiana-Lafayette Ragin’ Cajuns in the 2014 New Orleans Bowl.

At 7-5 on the season, the Wolf Pack was just barely able to clinch bowl eligibility with a win over rival UNLV in the final week of the regular season. The offense, led by QB Cody Fajardo, is about as formidable as any Mountain West team in the country thanks to Fajardo’s dual-threat ability: 18 TDs through the air (only 11 INTs) and 13 TDs with just under 1,000 yards rushing. While the Wolf Pack defense has shown up from time to time with five games holding opponents under 20 points, that has not been the case recently as the defense has given up 112 points in their last three games, earning them a 1-2 record in the process. Luckily Nevada has been able to keep almost all of their games extremely close, otherwise this team would be much less intimidating. The key to beating Nevada will undoubtedly revolve around keeping Fajardo on his back – both as a passer and a runner.

After falling to a 1-3 record to start the season, the Ragin’ Cajuns dominated the Sun Belt conference with a six-game winning streak that started in October, allowing them to clinch bowl eligibility in mid-November. And with an 8-4 record on the season, Louisiana-Lafayette was able to clinch the 2nd place spot in the whole conference. The offense and defense have put up very sporadic performances but have otherwise managed to do just enough to win. The offense centers around RBs Elijah McGuire and Alonzo Harris, who have combined for 26 TDs. Mcguire however is the real threat with an astounding 7.9 yards/carry average on the season – 2nd in the Sun Belt Conference among players with at least 100 carries on the season. The key to beating Louisiana-Lafayette will be to stack the box and keep the ball in QB Terrance Broadway’s hands. 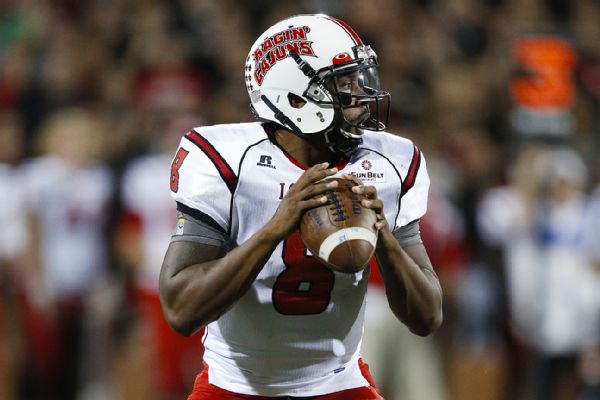