Liverpool are preparing to sign Real Madrid midfielder Toni Kroos, according to The Metro.

The German international has been rumoured to be keen on leaving Real , and Liverpool are still looking to upgrade their midfield depth.

Paris Saint-Germain are also involved in the arms race for the 25-year-old.

Liverpool have had their midfield gutted with the losses of 20-year-old star Raheem Sterling and longtime captain Steven Gerrard.

They respectively departed for Manchester City and Los Angeles Galaxy.

Kroos struggled in his first season with Real Madrid, as he was held to two goals in 36 appearances. This perhaps contributed to his dissatisfaction at the Bernabeu.

It may not be in the Reds’ best interest to sign Kroos, as he is being valued at £35m, which is more than they paid for striker Christian Benteke.

However, Kroos may be able to rediscover the form that he showed with Bayern Munich.

His value as a passer would come in handy as he dished out seven assists for Real Madrid last season. 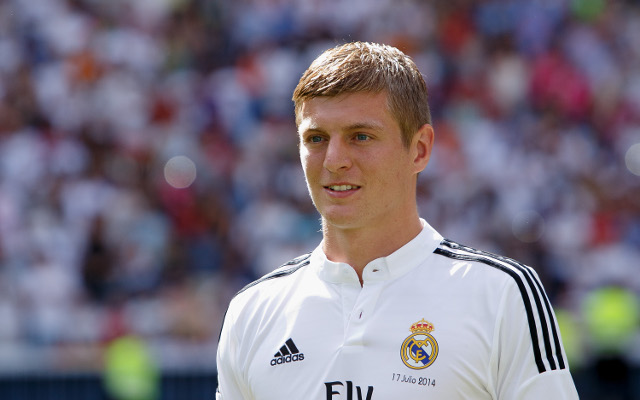