Liverpool fell to a 3-0 defeat to West Ham at Anfield on Saturday, with Philippe Coutinho receiving his marching orders in the second half.

Here’s how Brendan Rodgers’ men fared against the Hammers… 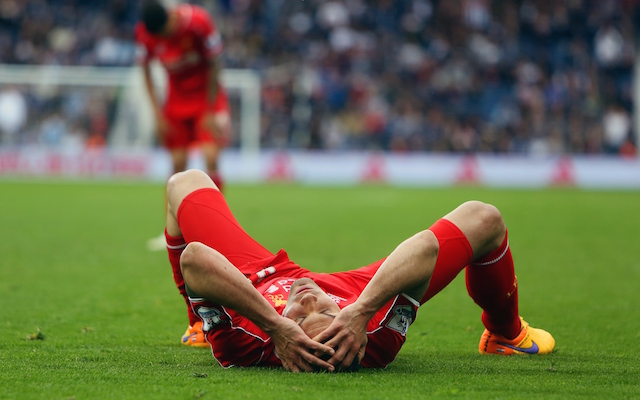 Not much to say from Mignolet’s perspective. The result says it all and the Belgian will not be pleased with the performance.

Poor clearance led to the opening goal of the game, three goals conceded unsurprisingly means a bad day at the office.

At fault for the second goal after being outmuscled to lose possession, a nightmare afternoon for the Liverpool defence.

Tried to offer Liverpool something down the left flank, but similar to Clyne, defensive job comes first and the hosts weren’t good enough on the day.