Liverpool made it two wins from two at the start of the Premier League season as they beat newly-promoted Bournemouth 1-0 tonight courtesy of a maiden Reds goal for Christian Benteke.

Here, fanatix rates and slates how Brendan Rodgers’s side performed at Anfield…

Commanded his box well, which has not always been the case, and made a good save to deny Matt Ritchie, who may have had the Belgian beaten with another shot which hit the outside of the post.

Possesses excellent recovery pace and used this on several occasions to foil the threat of Gradel. Rarely let Bournemouth’s tricky summer signing get down the outside on an excellent home debut.

Will eventually get in trouble if he continues to manhandle opponents at set pieces. Bournemouth will be furious that Tommy Elphick was punished and the Slovakian got away with his penalty-area tugging. 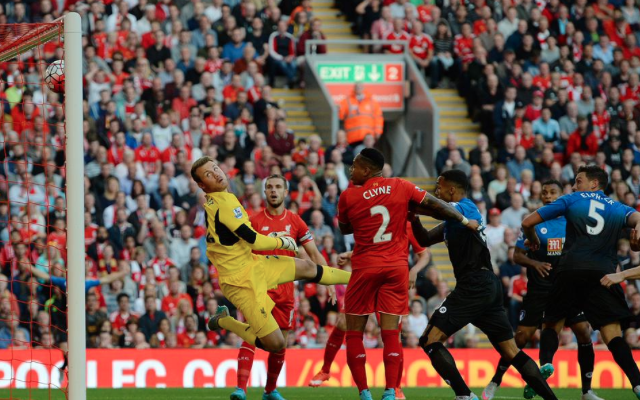 Not as solid as he was against Stoke City – a performance which Liverpool fans hoped would be the start of his renaissance. Outjumped by Elphick from an early corner from which the Bournemouth skipper found the net, and was lucky that the referee signalled for what was at best a tame infringement.

The teenager was perhaps overawed by his first real experience of the Anfield atmosphere and started nervously. He grew with confidence as the game went on, although Ritchie gave him a hard time.