Hamilton’s 10th win of the season and fifth in a row extended his championship lead over teammate Nico Rosberg to 24 points with two rounds remaining.

The 29-year-old began the race behind Rosberg, but pulled off a well-executed move on the 24th lap to take the lead and put him on his way to yet another win in the United States.

Hamilton’s win saw him break Nigel Mansell’s record of 31 Grand Prix victories, of which he equalled at the Russian Grand Prix in Sochi in mid-October.

Red Bull Racing’s Daniel Ricciardo finished a distant third behind the Mercedes duo to snare his eighth podium of the season.

He finished ahead of the Williams pair of Felipe Massa and Valtteri Bottas.

Two-time world champion Fernando Alonso finished in sixth, ahead of Sebastian Vettel who rampaged his way through the field on fresh soft tyres in the closing stages.

Kevin Magnussen of McLaren and Jean-Eric Vergne of Toro Rosso finished eighth and ninth, while much-maligned Venezuelan Pastor Maldonado crossed the line in 10th to pick up his first point of the season. 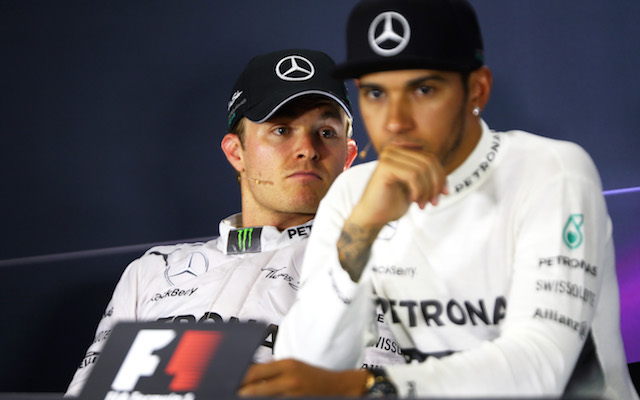