With over 4,000 racing wins, AP McCoy is one of the most decorated jockeys of all-time.

Riding Box Office, McCoy finished third in the race that was won by Richard Johnson on Brother Tedd.

Prior to the race, McCoy said he’s struggled coming to terms with the thought of not being a jockey in the immediate future and felt like he needed to ween himself off of it.

“It’s a terrible way of describing it but I’ve been like a drug addict this week,” McCoy told The Guardian. “I’m trying to wean myself off it and accept that I’m not a jockey any more. But I don’t really know how I am going to cope when it’s all over.”

In 2001, McCoy broke the British Horse Racing record for for most winners ridden in a season by a jockey with 289 wins that year -shattering the previous mark held by Sir Gordon Richards in 1947. On November 7, 2013, McCoy reached the rare 4,000 winner milestone riding Mountain Tunes at Towcester.

McCoy owns three Guinness World Records: His 289 jump wins in a season, his jockey titles and his over 4,000 career wins. 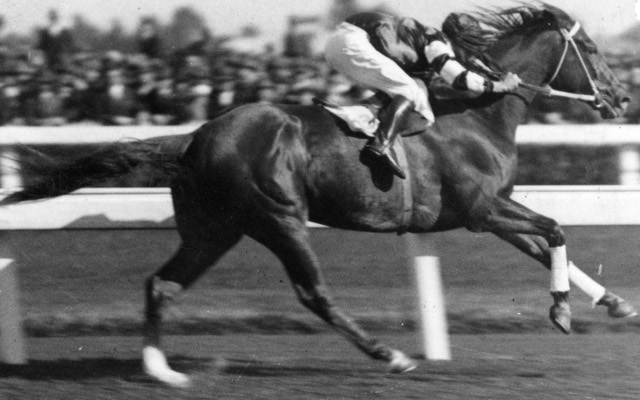 Science to show why Phar Lap was the grestest ever