The manager is keen on a reunion with Khedira.

Real Madrid midfielder Sami Khedira has plenty of sides chasing his signature this summer as AS Roma and Fiorentina join Chelsea in the hunt, reports German daily Bild.

Blues boss Jose Mourinho wants a reunion with a player he signed from Stuttgart for £11m upon first taking charge at the Estadio Santiago Bernabeu back in 2010.

Under the management of the 51 year-old Khedira made 126 appearances in all competitions and helped Madrid to win the Copa del Rey and La Liga during that time.

This season the Germany international has spent much of the time on the sidelines though, after tearing the ligaments in his knee whilst on international duty back in November. 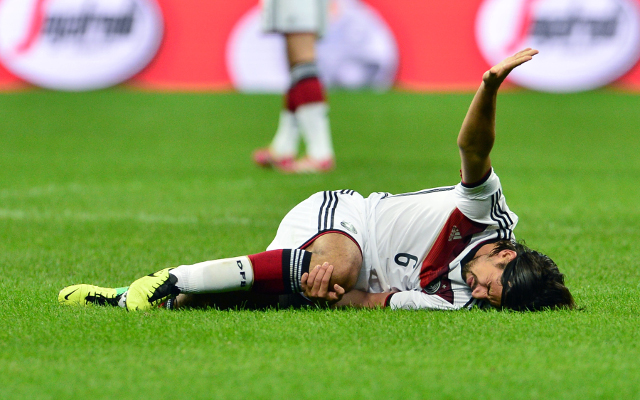 However, Khedira did return to the side quicker than expected and was back training with Los Blancos in April and has even been included in Joachim Loew’s provisional 30-man squad for the 2014 World Cup.

Mourinho is a big fan of the 27 year-old and sees the German as the ideal candidate to come in and help shore up a somewhat weak central midfield at Stamford Bridge.

Frank Lampard is nearing the end of his career and has been nothing more than a bit-part player in 2013/14, John Obi Mikel has had another poor year and David Luiz is expected to join Barcelona this summer.

That leaves just Ramires and Nemanja Matic in the middle of the park and that is why the Portuguese coach is targeting Khedira.

The Madrid star was the subject of a rejected £33.9m bid from Manchester United last summer, showing just how much the Spanish giants rate the midfielder.

However, with both Luka Modric and Angel Di Maria establishing themselves in the centre this term head coach Carlo Ancelotti may be more open to allowing Khedira to leave this time around.