Melbourne forward Jordan McLean is set to plead not guilty to the dangerous-throw charge that has left Newcastle’s Alex McKinnon in an induced coma with spinal damage.

McLean is set to front the NRL judiciary next Wednesday night in a case that is set to be one of the biggest of the year.

The tackle left left McKinnon undergoing emergency surgery on Tuesday, consisted of a disc removal at his C4 and C5 vertebrae and anterior fusion, where a bone graft or metal is used to hold the vertebrae together.

The incident has been the hottest talking point in the league after just three rounds, and has split public opinion.

McLean, who was referred directly to the tribunal, was granted leave to play against Canterbury this week after his submission from Melbourne officials on his behalf to NRL judiciary chairman Judge Paul Conlon was agreed to. 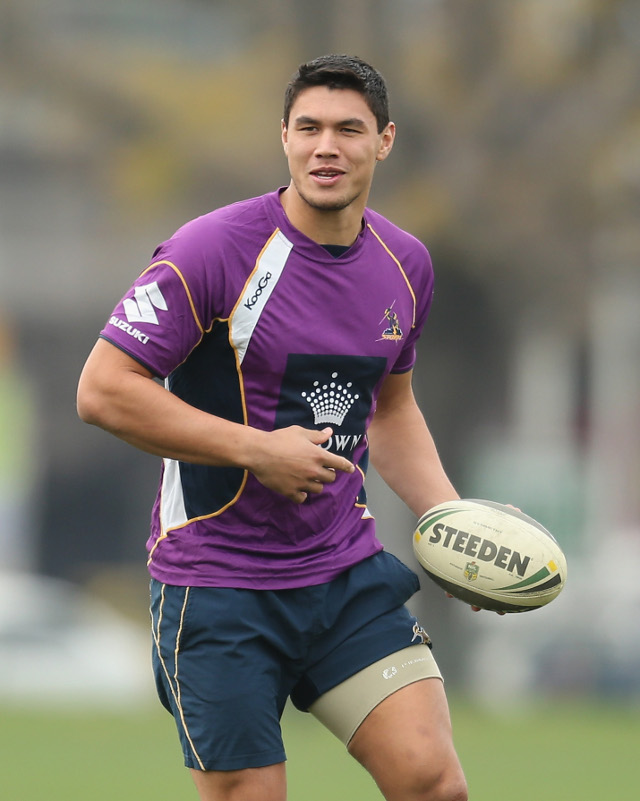 The move by the Storm could  anger some sections of the NRL community as if McLean has plead guilty, any chance of him playing the Bulldogs would have been snuffed out, leaving just the length of the suspension to be decided.

Now the hearing will take place in two parts, the first to decide his guilt and the second the length of the punishment that should be handed out if McLean is deemed guilty.

The fact the case has been referred directly to the judiciary means it already is being treated in a harsher light than even the NRL’s strictest on-field behavioral standards.

That is due, in large part, to the severity of McKinnon’s injuries which has seen estimates of a two-year recovery as the Knights’ forward has been swamped by well-wishes.

It is expected that the Storm legal counsel will argue that McLean should not suffer any blame as McKinnon was held upright by Jesse and Kenny Bromwich when he joined the tackle and grabbed under the 24-year-old former St George Illawarra back-rower’s left thigh in a bid to tip him over.

Some have also suggested that McKinnon contributed to the tackle going wrong by tucking his chin into his chest in an attempt to perform a roll – a technique players are taught to avoid landing on the top of their heads when lifted.

The NRL match review committee, comprising Michael Buettner, Mark O’Neill and Peter Louis said they did not take their decision lightly to send McLean straight to the judiciary.

“As a group, we looked at the tackle, looked at all the comparables and factored in the injury as we do with any incident and we decided that was the best option,” said Buettner.

“It wasn’t easy, we spent plenty of time over it and from our perspective we just did what we thought was the right thing by all concerned.

“It is unprecedented and no-one wants to see that at all. We just wish Alex and his family all the best in terms of his recovery and are conscious of the well-being of Jordan McLean as well.”