With star pitchers committed to MLB this year, Japan seems to be shell of former championship winning teams.

Shorn of their biggest stars and with a coach under pressure, Japan look vulnerable in their World Baseball Classic title defence — giving hope to their rivals when the tournament starts on Saturday.

Daisuke Matsuzaka was the inspiration when Japan won the tournament’s first two editions in 2006 and 2009, but Major League commitments mean the co-hosts will field an exclusively domestic-based line-up this time around.

With Matsuzaka, Ichiro Suzuki and Yu Darvish all out of the picture, the Samurai will be battling the odds when they begin their campaign against Brazil in Fukuoka on Saturday.

Japan will have to climb their way out of a tough group also including powerful Cuba, and China, before negotiating a second round featuring the top two teams from Pool B, which is being played at Taichung in Taiwan.

South Korea, beaten by Japan in the 2009 final, Australia, the Netherlands and hosts Taiwan are the teams in the Taichung grouping, which will be played from Saturday to Tuesday.

Two teams will emerge from the five-day Asian second round, starting in Tokyo next Friday, and will fight it out with the top sides from Pool C and D, held in Puerto Rico and Arizona, in the final series in San Francisco.

Japan’s coach Koji Yamamoto is already facing an army of critics who question his experience, as he has not led a team since 2005 and won the Central League title once in his 10 series in charge of Hiroshima Toyo Carp.

Meanwhile, starting pitchers Masahiro Tanaka and Kenta Maeda have been struggling with the “slippery” US balls which will be used in the tournament, and Yoshio Itoi is the only right outfielder of the Japanese.

“We will do our best to retain the title,” Yamamoto said, in response to growing criticism.

“I feel pressure. We must stand firm in each game. Our slogan is ‘Let’s go to the United States’. Our feelings are positive,” he added.

Japan, who beat Cuba 10-0 in the 2006 final, have won both of their two previous Classic games against China, but they have a 3-5 losing record against fierce rivals South Korea, whom they beat over 10 innings to win the 2009 title.

“In a short-period tournament like this, it is important to have a bunt, a hit-and-run, and running for stealing a base. We have many fast runners who can do that in this tournament,” said Korean head coach Ryu Joong-Il.

“Our goal is only one,” said pitcher Oh Seung-Hwan, South Korea’s best closer who has 249 saving points in the past eight seasons, including 84 saves in the last two years.

“I gained a lot of confidence from the inaugural tournament. I didn’t do well in 2009, but I gained experience. I’m ready to play all three games in the first round,” Oh said.

Taiwan have a 0-2 record against South Korea, 0-1 against Japan and 1-1 against China in the previous two tournaments, while Australia have a 1-5 record overall, never playing an Asian team before.

Pool C in Puerto Rico involves the hosts, Venezuela, Dominican Republic and Spain, while Pool D is between the United States, Canada, Italy and Mexico.

While the United States has been considered as taking the tournament lightly, there can be no doubt about the stakes involved for other teams.

During South Korea’s preparations, four Taiwanese scouts posing as umpire trainees sneaked into a closed-door practice game, before being caught and expelled. Taiwanese officials said the offenders would be punished. 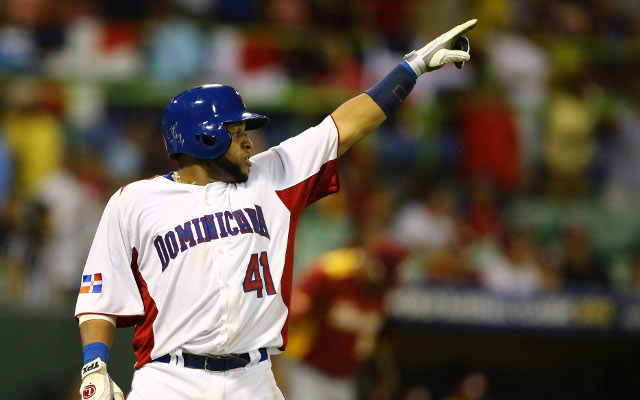