Wallaby contender Israel Folau scored a late try as the New South Wales Waratahs fought back for a dogged 21-15 Super 15 win over the Western Stormers in Sydney.

Folau, who was outstanding in the Waratahs’ 72-10 rout of the Southern Kings in South Africa last weekend, finished off smart work from Berrick Barnes to score and put the home side in front in the 77th minute of a grinding match.

The Waratahs found the disciplined Stormers’ defence tough to break down after their 11-try canter over the Kings, but they scored the only two tries of the match against the Cape Town-based outfit.

Skipper Dave Dennis turned down two kickable penalties to go after the clinching try in the final minutes and was rewarded when Barnes found Folau in space after Springbok winger Bryan Habana had rushed up in defence and created a hole. 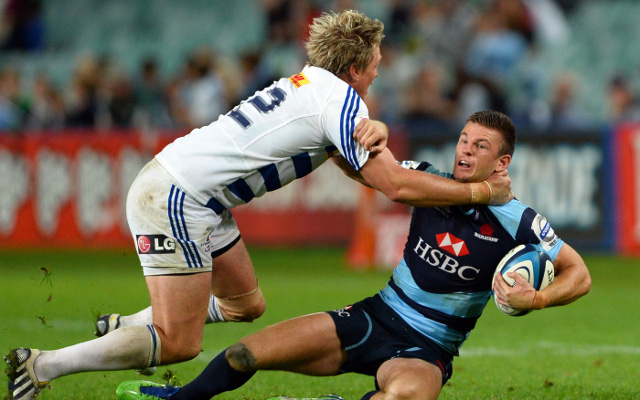 Barnes kicked the conversion and then made sure of victory with a penalty from halfway on the full-time siren for the Waratahs’ sixth win of the season to lie third in the Australian conference, 11 points behind leaders ACT Brumbies.

“If anything fatigue was hurting us getting going and we came home strongly,” Dennis said. “The team is a lot fitter this year and that’s a couple of times now we’ve come home strong at the end.”

The victory was the Waratahs’ first win in four games against the Stormers and provided further evidence that the perennial under-achievers are beginning to gel under the coaching of Michael Cheika after a rocky start to the season.

Former rugby league international Folau, who is in his first season in rugby union, continues to push his claims for Wallabies selection for next month’s Test series against the touring British and Irish Lions.

“I am slowly learning each week and getting a lot more confident as well so the more work I do at training hopefully I can come into the games and do that as well,” Folau said.

“It’s been great so far with the Waratahs and I’m looking forward to playing out the rest of the year.” 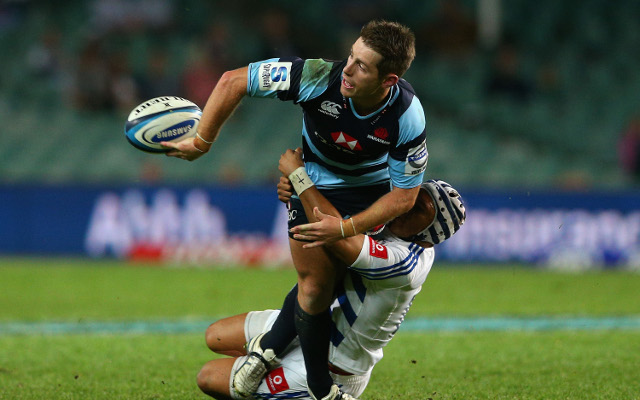 It was Folau’s leap above Habana for a high kick that led to the Waratahs’ other try by winger Cam Crawford in the 24th minute.

The Stormers kept the pressure on the Waratahs, who were lethargic after making the trip back home this week from two matches in South Africa.

Fullback Joe Pietersen kicked five penalties from five attempts to put the Stormers in front 15-11 heading into the final minutes.

“We fought back nicely to get the lead with about 10 minutes to go and then we had two quite serious injuries to our back rowers, we lost them and then we lost the rhythm on defence and we let in the try,” skipper Jean de Villiers said.

“That’s been our downfall this season and tonight and it was something we addressed during the week as something we needed to work on and unfortunately we couldn’t hold on to the ball again.”

The Waratahs have a local derby with tournament leaders Brumbies in Sydney next week, while the Stormers finish their Australasian tour against the Rebels in Melbourne.