There are reports in the Italian newspapers on Saturday, that Inter boss Andrea Stramaccioni was involved in an altercation with Antonio Cassano, as reported by Football-Italia.net.

Both La Gazzetta dello Sport and La Repubblica have suggested that the pair were involved in a heated argument in the dressing room after training on Friday, before they had to be separated after shoving and pushing each other.

It is believed it had started as a normal conversation before becoming quite heated, and things took a turn for the worse when they returned to the dressing room.

Gazzetta also claim that Dejan Stankovic and team manager Ivan Cordoba were in the middle of the pair trying to diffuse the situation.

Cassano has a history of incidents in which he has lost his temper, but appeared to have put them behind him after spells with Milan and now Inter.

The latest will come as an unwelcome distraction for the club, who are battling for a place in next year’s Champions League.

The injury suffered by Diego Milito last month has placed added responsibility on Cassano, and fans will be hoping for a relatively quick solution to the issue.

However, it is reported that Nerazzurri owner Massimo Moratti is due at the training ground on Saturday to help clarify and calm the situation, with Cassano a doubt to face Catania on Sunday. 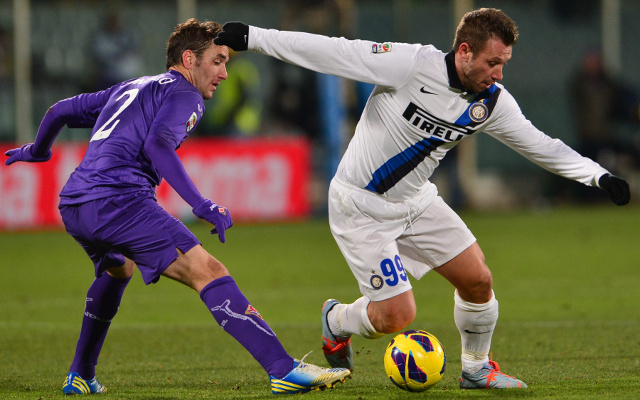 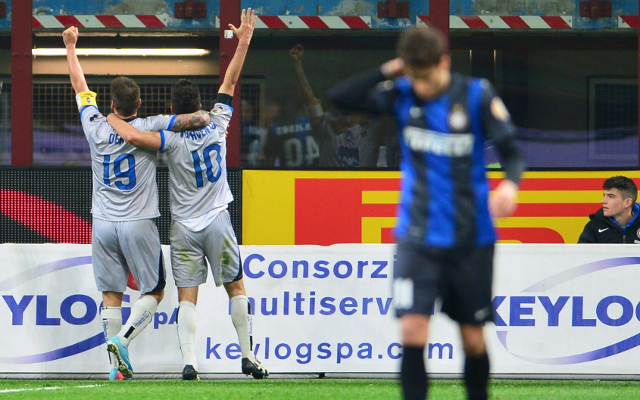 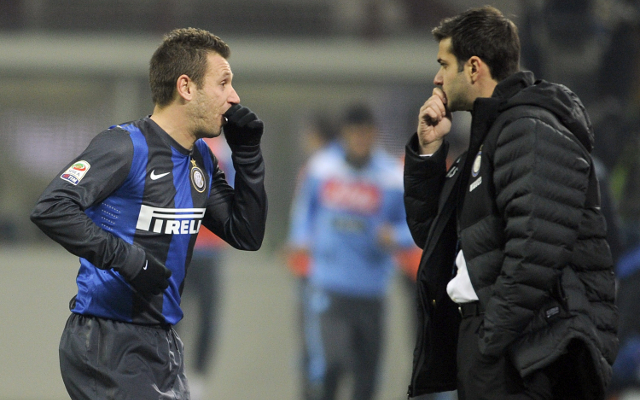 Sampdoria’s clash with Inter Milan called off amid weather concerns