Colts release franchise legend as they look to younger talent.As the Colts continue to leave the Peyton Manning era and look towards a future led by Andrew Luck, the last remaining veterans from the past are leaving the franchise.

Fan favourite Dwight Freeney is the latest veteran to be cut from their team, but none will be missed more than the famous pass rusher.

After terrorizing defenses throughout his career, the 32 year old’s production rapidly declined last season and the organisation believed it was the right time to part ways with its former first round draft pick.

Colts owner Jim Irsay released a statement praising the achievements that Freeney had accomplished at the franchise.

“”Few people have meant as much to the success of the Indianapolis Colts as Dwight Freeney,” Colts owner Jim Irsay said .

“He has been a dominant player, which is all the more impressive considering his size for his position, and he has won a lot of games for this franchise. Dwight was an artist, a joy to watch, and the dedication he put toward his craft was a rare quality.

“We will miss him, but look forward to his future induction into the Hall of Fame and Colts Ring of Honor.”

Freeney had failed to make the transition from a 4-3 defence to a 3-4 and it is believed his inability to be successful in the system, coupled with his high wage salary, were the main reasons behind the release.

American Football is a ruthless business and emotional ties between players and clubs do not warrant an immediate spot on a teams roster year in, year out.

The nature of the sport is to have 53 men who are capable of winning a championship, and if you are deemed not good enough, regardless of your reputation or past glories, you will be cast aside in favour of newer players. 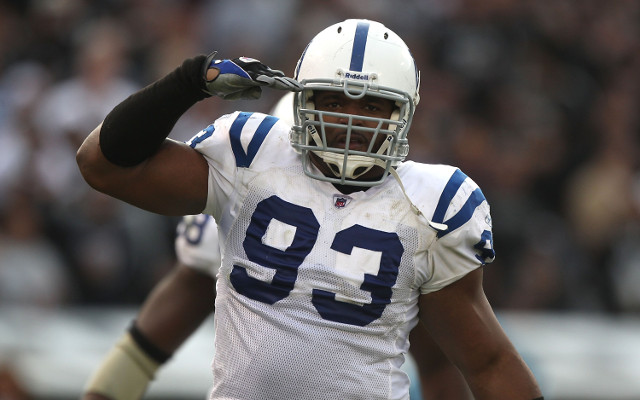