Leaked images of Chelsea kits for next season.

Chelsea’s new kits for next season may have been revealed, with Turkish Airlines replacing Samsung as the main shirt sponsor.

In a similar design to last season, Chelsea wear their usual blue at home, though with a little white on the collar unlike this year. Away from home, they revert to white instead of their current second strip of yellow. 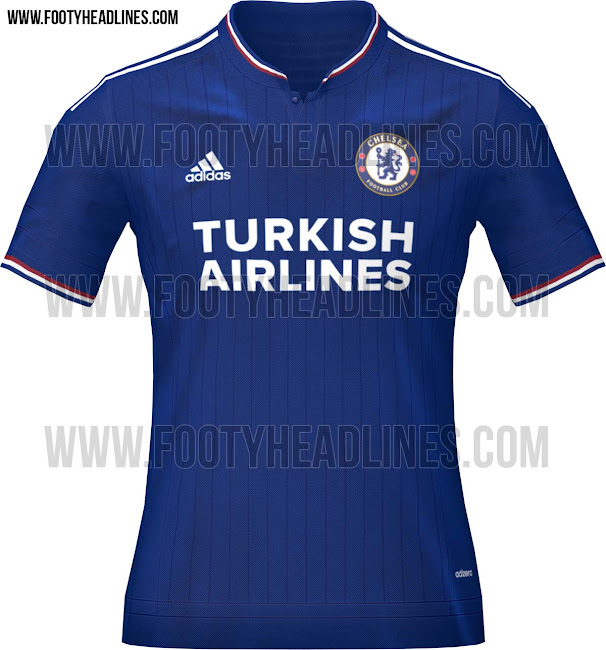 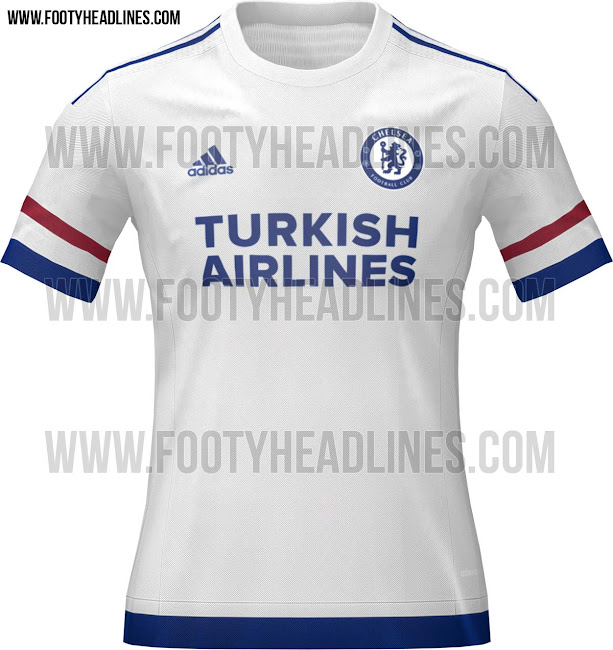