It’s usually around this time of the year that new shirts are leaked or given early glimpses for the following season, and this week pictures have surfaced of a potential new Arsenal strip for 2015/16.

Still made by Puma, the rumoured new design sticks to the classic red body and white sleeves synonymous with the club, though this has a gold trim around the collar and red pinstripes on the sleeve.

The away shirt is a little more…bold. Featuring a black body with strange white, gold and turquoise blocks on the lower half. It will certainly divide the fans if nothing else. 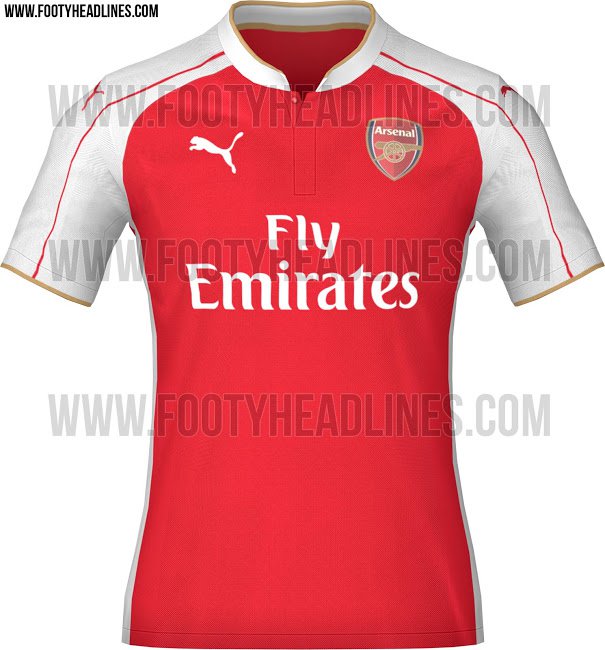 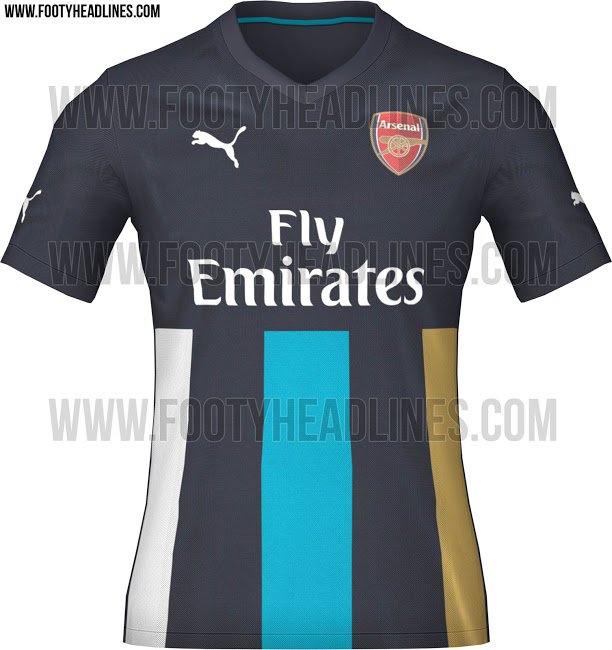