Arsenal playmaker Mesut Ozil was at somewhat of a disadvantage when facing Bayern Munich goalkeeper Manuel Neuer for a penalty in their UEFA Champions League meeting. Check out the pair at school together here!

The pair were on the same team at school, as well as moving through the ranks of the Germany youth teams up to the senior side together, as well as at their local team FC Schalke 04.

Ozil was the star of the show, and the Gunners midfielder remains one of the most creative players in the game, but Neuer is arguably the best shot stopper in the world and his inside knowledge helped him at a crucial point in the to legged tie.

“I know how Mesut Ozil takes penalties,” said Neuer after the game.

“I knew he would wait a long time before deciding in which corner to shoot but of course he could have picked any corner.”

Check out the picture of a young Mesut Ozil and Manuel Neuer below. 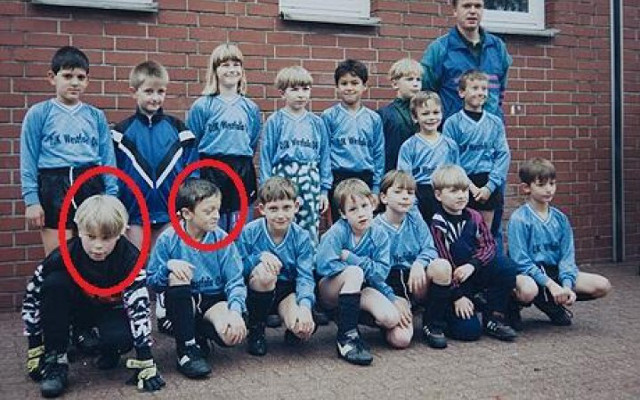