The Dutchman is not a popular figure in north London after leaving the Emirates Stadium for Old Trafford in the summer of 2012.

Since then the 30-year-old has netted three times against the forward’s former team and a fan from the player’s ex-side has constructed this message to the Netherlands international. 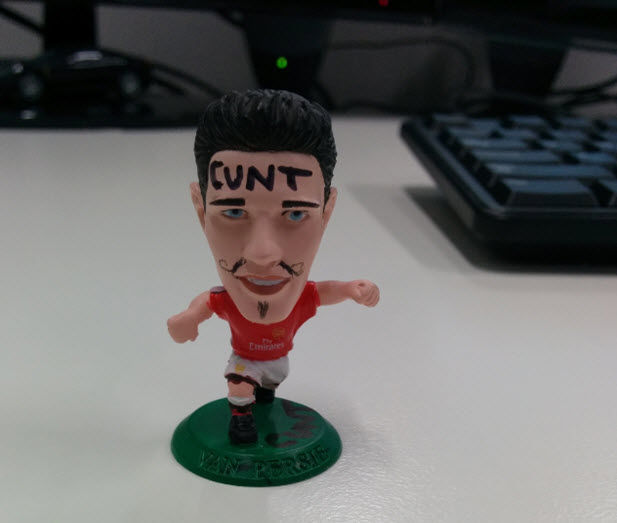