The forward suffers a nasty cut to the head after clashing with Jones.

The national team play Moldova on Friday, followed by Ukraine on Tuesday, but Rooney will miss out due to the clash of heads with Jones.

Upon seeing the injury it is clear to see why the 27-year-old will not be participating, as the forward suffers a similarly nasty injury to the cut the Englishman received to his thigh last season. 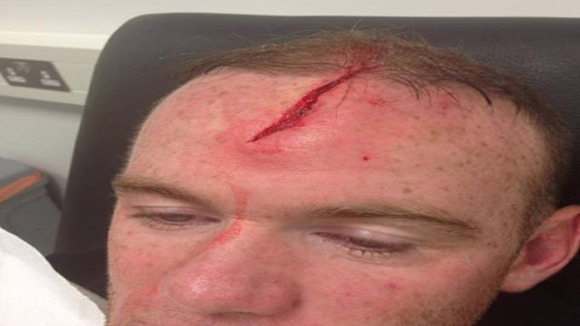