Luiz all over the place as Brazil humiliated by Germany.Several sources on social media have shown a heatmap of David Luiz’s performance for Brazil in their 7-1 humiliation at the hands of Germany on Tuesday night.

The former Chelsea man has a reputation for being something of a risk-taker at the back, and a player who often likes to neglect his defensive responsibilities in order to bomb forward and join the attack.

This was as evident as ever in his woeful display against Germany, as his desire to go forward left big gaps at the back for the opposition to score at will, going 5-0 up in the opening half an hour of the game.

From the image below, it’s pretty clear that, on average, Luiz did not take up the most sensible positions on the pitch for a central defender. 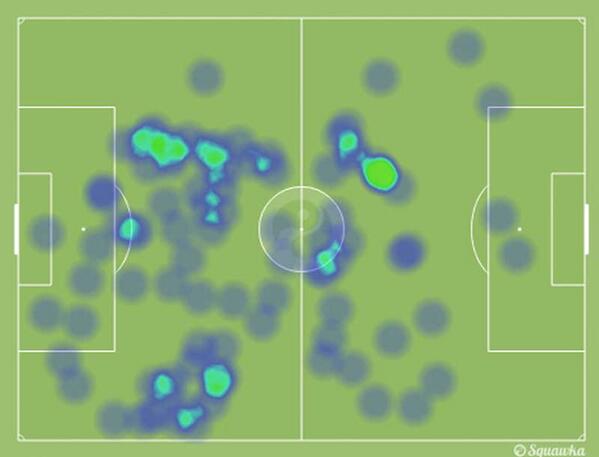 Luiz made something of a surprise move to Paris Saint-Germain earlier this summer, looking somewhat over-priced as he joined the French champions for a fee of around £50m.

Find out who are the most valuable players in world football.