Chelsea captain John Terry is like a fine wine, as he continues to improve in the later years of his playing days – with his stats this season a whopping 10x better than last term.

This graphic, posted by Oulala Fanatasy Foot, shows the 34-year-old has improved in every single department so far this campaign, with the highlight being a huge 20.7% increase on the number of tackles won. 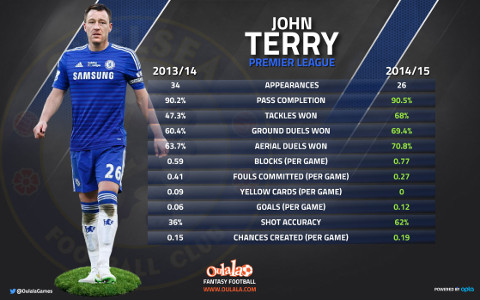 With his contract due to expire in the summer, Terry is set to be rewarded for his outstanding performances this season with a one-year contract extension.