This photoshop fail, which appears to show midfielder Jack Wilshere with two right arms (or one arm that works in mysterious ways), was spotted by an eagled-eyed Arsenal fan on Reddit.

Wilshere’s arm appears to be around the back of teammate Kieran Gibbs but there’s an unaccounted for hand on the left back’s shoulder! 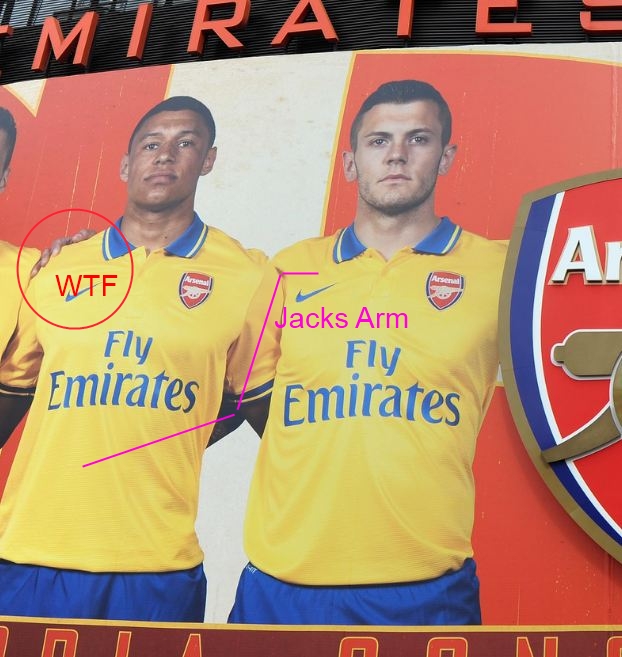