Durant has established himself as best scorer in the league…

Having been crowned the league MVP this year, Oklahoma City Thunder star Kevin Durant is chasing his dream of an NBA championship to cap off a successful season.

The 25-year-old has proven in recent years that he is one of the best scorers in the league and his efficiency continues to improve.

While the Thunder may have let slip Game 4 against the Los Angeles Clippers on Sunday night, they are still expected to advance to the Western Conference Finals where they will likely face the San Antonio Spurs.

Whether or not Durant is able to secure a championship this year remains to be seen, but Grantland have written a detailed piece on the true value of the Thunder star whilst also creating the impressive career shot chart as seen below.

Durant has attempted 10,380 shots since entering the league while shooting 47.9 percent during the regular season, and while it perhaps doesn’t provide statisticians with all the detail that they would like, it is certainly an indication of where Durant flourishes on the offensive end as he continues to establish himself as a superstar of the NBA. 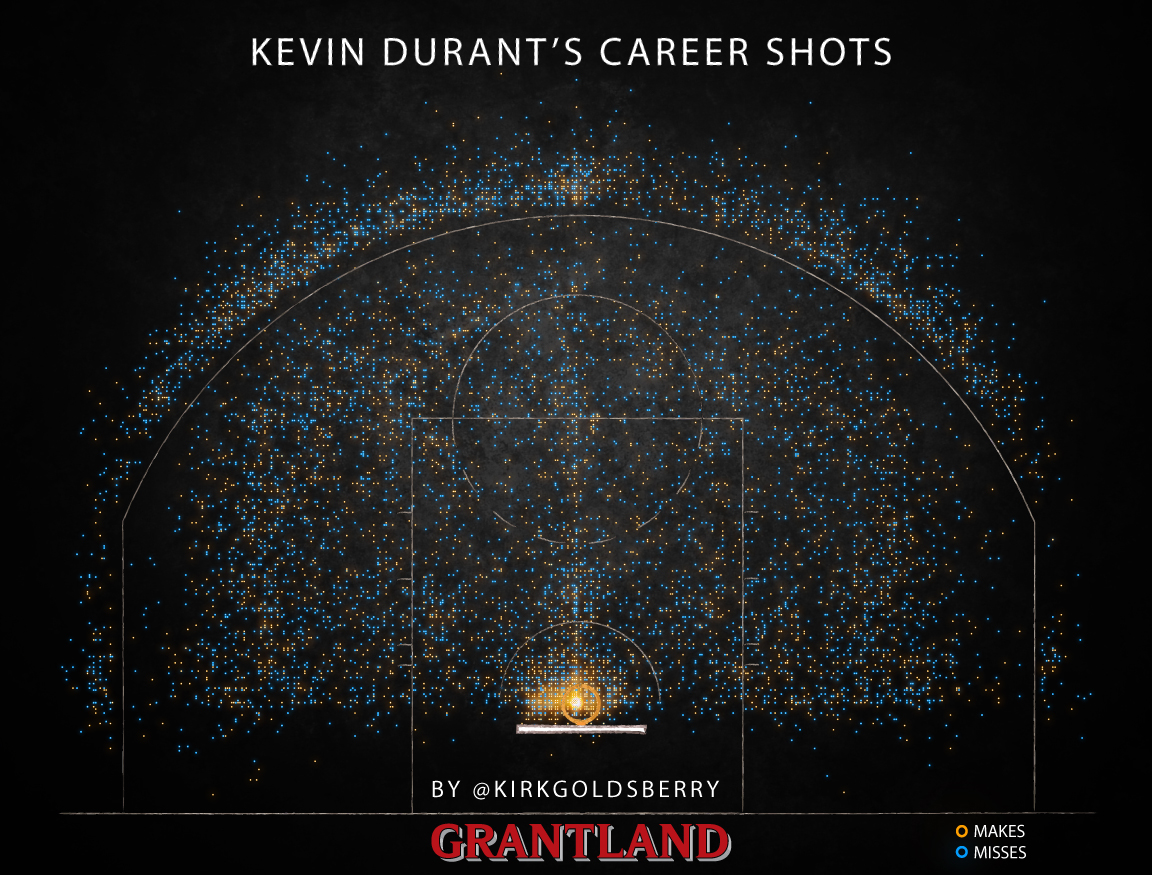