So far there have been a few truly eye catching designing in amongst the leaked images of next season’s kits, but perhaps one of the strangest is this Manchester City shirt.

Taking the whole Blue Moon thing incredibly seriously, they’ve decided to stick on on the upper part of their new away kit, apparently.

Sticking with the v-neck collar, sportswear giants Nike have attempted to tap into a sense of identity with the design, which will surely divide the fans over whether it’s a good idea or not.

Accompanied with the usual pale blue swoosh and the Etihad logo, the club’s badge keeps it classy in a simply navy and white colour system.

The shirt also has two white lines running down the side of the body, and the shorts and socks are kept just as simple in navy blue.

See an image of the new shirt below. 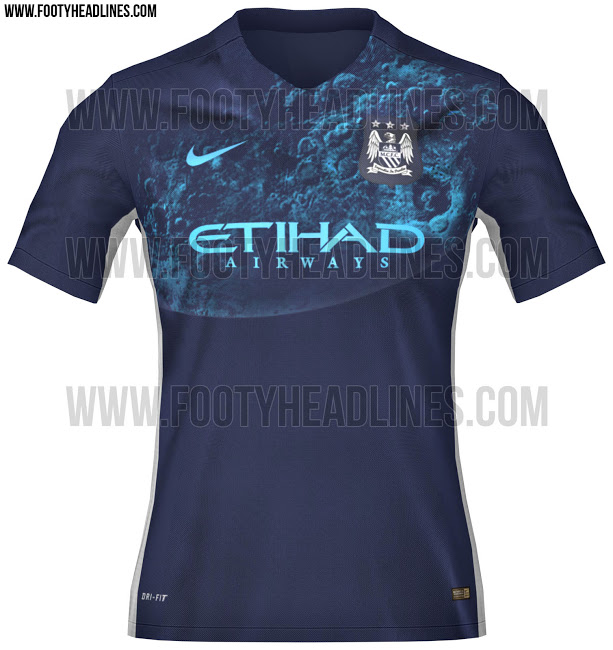